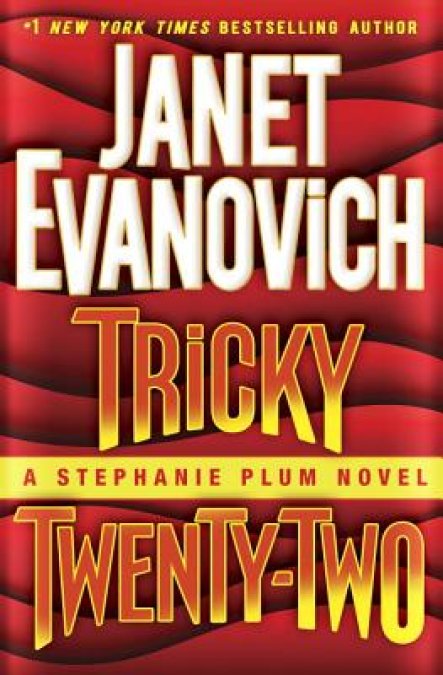 #1 NEW YORK TIMES BESTSELLER • Something big is brewing in Trenton, N.J., and it could blow at any minute.

Stephanie Plum might not be the world's greatest bounty hunter, but she knows when she's being played. Ken Globovic (aka Gobbles), hailed as the Supreme Exalted Zookeeper of the animal house known as Zeta fraternity, has been arrested for beating up the dean of students at Kiltman College. Gobbles has missed his court date and gone into hiding. People have seen him on campus, but no one will talk. Things just aren't adding up, and Stephanie can't shake the feeling that something funny is going on at the college-and it's not just Zeta fraternity pranks.

As much as people love Gobbles, they hate Doug Linken. When Linken is gunned down in his backyard it's good riddance, and the list of possible murder suspects is long. The only people who care about finding Linken's killer are Trenton cop Joe Morelli, who has been assigned the case, security expert Ranger, who was hired to protect Linken, and Stephanie, who has her eye on a cash prize and hopefully has some tricks up her sleeve. 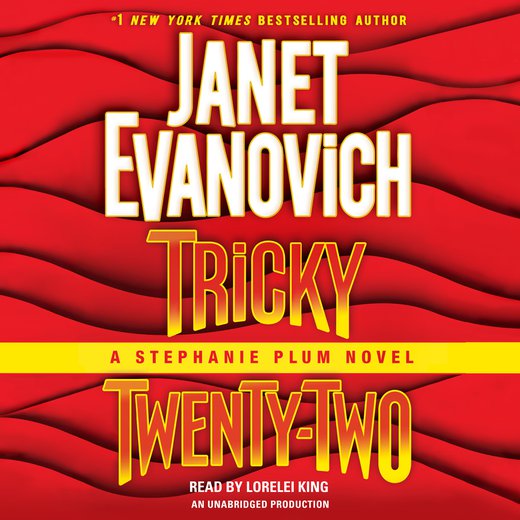 GINNY Scoot was standing on a third-­floor ledge, ­threatening to jump, and it was more or less my fault. My name is Stephanie Plum and I work as a bounty hunter for my bail bondsman cousin Vinnie.

Ginny had failed to show for a court appearance and it was my job to find her and return her to the authorities. If I don’t succeed my cousin is out his bond money, and I don’t get paid. On the other hand, there’s Ginny, who would prefer not to go back to jail.

My colleague Lula and I were on the sidewalk, looking up at Ginny, along with a bunch of other people who were taking video with their smartphones.

“This here’s not a good angle for her,” Lula said to me. “Everybody could look up her skirt and see her hoo-­ha. I guess technically you could see her thong, but we all know her lady parts are lurkin’ in there behind that little piece of red material and ass floss.”

Lula was originally a respectable ’ho. A couple years ago she’d decided to relinquish her corner and take a job as file clerk for the bonds office. Since almost all the files are ­digital these days, Lula mostly works as my wheelman. She’s four inches too short for her weight, her clothes are three sizes too small for her generously proportioned body, her hair color changes weekly, her skin is a robust dark chocolate.

I feel invisible when I stand next to Lula because no one notices me. I inherited a lot of unruly curly brown hair from the Italian side of my family, and I have a cute nose that my grandma says is a gift from God. My blue eyes and pale skin are the results of my mother’s Hungarian heritage. Not sure where my 34B boobs came from, but I’m happy with them, and I think they look okay with the rest of me.

Just ten minutes ago I’d almost had the cuffs on Ginny. Lula and I were at her door, and I was giving her the usual bounty hunter baloney.

“We need to take you downtown so you can reschedule your court date,” I’d said to Ginny. “It won’t take long.”

This was partly true. The rescheduling went quickly. Whether she would make bail again was a whole other issue. If she didn’t make bail she’d be a guest of the penal system until she came up to trial.

“Screw you,” Ginny said, and she flicked her Big Gulp at me, slammed her door shut, and locked it.

By the time Lula and I got the door unlocked Ginny had climbed out her bedroom window and was standing on a two-­foot-­wide ledge. So here I was, in a soaking wet shirt, trying to talk Ginny off the ledge.

“Okay,” I yelled at her. “I’m out of your apartment. That’s what you wanted, right? Go back inside.”

“It’s not that bad,” Lula told her. “They let you watch ­television in the dayroom, and you’ll make new friends.”

“Yeah, but you’re only on the third floor,” Lula said. “You’ll just break a bunch of bones. And anyways you never know about these court cases. Sometimes they get dismissed.”

“She cut off her boyfriend’s penis,” I whispered to Lula.

“It could have been justified,” Lula said.

“So probably chances of him dismissing the charges aren’t so good,” Lula said. “Men don’t like when you cut their dick off. I hear it’s real hard to sew a dick back on.

“If you want to die you have to make sure you land on your head,” Lula yelled up to Ginny. “That probably would do it.”

Two Trenton PD squad cars drove up and parked at an angle to the curb. They were followed by a fire truck and an EMS truck.

One of the uniforms from the squad car came over to talk to me.

“She’s FTA,” I told him. “I went to cuff her, and she managed to get away and get out on the ledge.”

A satellite truck from the local television station pulled up behind the fire truck.

“Can you get someone to talk to her? A relative or her ­boyfriend?” the cop asked me.

“Probably not the boyfriend,” I said.

The fire department put a bounce bag on the sidewalk under the window, and a cameraman from the SAT truck started to set up.

“You’re not gonna look photogenic when you hit that bounce bag, what with your short skirt and all,” Lula yelled at Ginny. “You might want to rethink this.”

Joe Morelli sidled up to me. He’s a homicide detective with the Trenton PD. He’s six foot tall with a lot of lean, hard muscle, wavy black hair, and a smile that makes a girl want to take her clothes off. I’ve known Morelli all my life, and lately he’s been my boyfriend.

“Vinnie bonded her out, and she went FTA,” I told him. “I was about to cuff her, and she ran for the ledge.”

“She cut off her boyfriend’s pecker,” Lula said.

This got a grimace out of Morelli and the uniform.

“Maybe you can talk to her,” I said to Morelli.

Morelli had gone from a bad kid to a petty officer in the Navy, and had become a really great cop. He’s smart. He’s ­compassionate. He believes in the law, the American dream, and the inherent goodness of human beings. If you break the law or step on the American dream, he’ll root you out like a wolverine going after a ground squirrel. He has a house, a dog, a toaster, and a level of maturity I suspect I haven’t yet obtained. The men in his family are drunks and womanizers and abusive. Morelli is none of those. He’s movie star ­handsome in a ­Jersey Italian kind of way, and he oozes testosterone. And from the first time he was able to put a sentence together he’s had a ­reputation for being able to talk a woman into doing anything. He got to peek at my cotton Tinker Bell underpants when I was a little kid, and he relieved me of the burden of my ­virginity when I was in high school. It seemed to me that ­sending Morelli up to the third floor to talk a woman off a ledge was a no-­brainer.

“Is she armed?” Morelli asked me.

He disappeared into the building, and a couple minutes later I saw him at the window. Ginny inched away from him, beyond his grasp. The fire guys moved the bounce bag over to accommodate her. I couldn’t hear what he was saying, but I saw her smile. They talked a little longer, she nodded agreement, and inched back toward him. He reached out for her, and when she tried to take his hand she lost her balance, slipped off the ledge, and plummeted to the ground. She hit the bounce bag with a solid thud and didn’t move. The EMTs immediately ­converged on her.

Everyone watching took a sharp intake of air and went silent, focused on the EMTs. I felt Morelli move in behind me, his hand on my shoulder. And suddenly Ginny sat up.

Morelli motioned an EMT over to us.

“Is she going to be okay?” Morelli asked.

“She just had the air knocked out of her. We’ll transport her to St. Francis Hospital to get checked out and then she’ll be released.”

“She’s going to need a police escort,” Morelli said to the ­uniform who was still with us. “When she’s done at St. Francis she gets booked downtown.”

“Boy, for a minute there that was a heart stopper,” Lula said. “I don’t even want to hear anything go thud like that again. That made my stomach feel sick. I need a burger and fries. And then I’m going home on account of my favorite television shows are coming on.” Lula looked over at Morelli and looked back at me. “Do you need me to take you home or are you going with Officer Hottie?”

Lula left, and I followed Morelli to his car. “How did you happen to turn up here?”