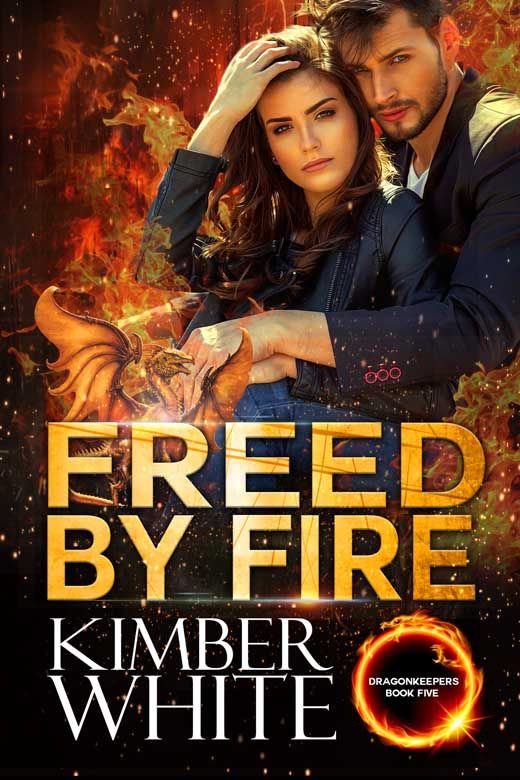 Book 5: Dragonkeepers
Kimber White Founding author
Follow
A powerful dragon shifter out of control. An enigmatic woman with a secret that could change the world.
Genres: Paranormal RomanceWitchesShifters
Buy now
Available in:
Share

A powerful dragon shifter out of control. An enigmatic woman with a secret that could change the world. Their explosive passion is as deadly as it is destined.

Kian Brandhart’s dragon has gone rogue. He knows he's done bad things but can’t remember what. Then he meets a beautiful mystery woman named Calla who sets his heart on fire. It's dangerous to be near her or anyone else, but Kian can't seem to get her out of his head. The more he tries to do the right thing, the stronger he feels himself sliding into darkness. To save Calla and himself, he'll have to find the strength to let her go.

Calla Lazar knows the pull she has over shifters. She’s used it to stop dozens of shifter wars but it always comes with a price. If she stays too long in one place, the shifters start going mad. Kian Brandhart blazes into her life and stirs her heart, just when she’s about to run again. She knows she’s meant for him, but the minute he comes to town, people around Calla start showing up dead and she suspects Kian might be connected.

As Calla races to stop a killer, her pull to Kian grows stronger. Though Calla holds the key to saving his soul, Kian knows it may already be too late.