One can read minds, another can shape dreams, and still another can heal battle wounds. The list goes on.

Join Jillian and her siblings as they navigate the dangers of living life as genetically Gifted people. Some, like Danielle, want to help them. Some, like Devya, want to control them. And many others just want to own them.

Nadia's Tears: Jillian and Danielle fight for family and friends the best way they know how without regard for their own safety.

Malia's Miracles: The siblings grow closer as they battle cancer on a cellular level.

Step into their world. Hear their thoughts, hopes, and dreams. Find out what life's like as one of Devya's children.

Wanted to write about a kidnapping. Was striving for a normal book, honest. Turned a tad scifi-y on me, but in a down-to-Earth way.

I nodded, just as a rumble of thunder made the sound of mighty hungry heavens. I looked longingly outside.

“Go on,” Danielle said. “We can watch the storm while we eat. There’s a better view from the playroom.”

I told ya Danielle’s real smart in some ways. She outright tricked me into a good mood. She knew Momma wouldn’t have liked me to go running through the storm, dodging lightning and such, but she also knew that eating in the playroom is highly frowned upon. She was willing to encourage that lesser form of rebellion to prevent me from having my way with the storm. Besides, it’d probably be easier to clean up the playroom than hide soaking wet clothes.

We didn’t get to do either of those things. By the time I’d finished changing, the storm was full into its fit, throwing down rain like it was mad at the trees. Lightning sizzled through the sky and thunder went from rumbles to harsh-sounding cracks that made the whole house shake.

The front door banged open, just as we sat down to enjoy the toasted cheese. I could tell the two sandwiches apart ’cause Danielle made hers with tomato in it. I like tomatoes well enough but not on toasted cheese. Tomatoes get too hot and end up burning my lips ’cause they’re hard to cut with teeth. Anyways, at first I thought the wind had opened the door. I forgot we was in a new house and the doors just don’t willy-nilly open like they do on older houses like the one in Georgia.

Danielle had picked up her sandwich but not gotten to take a bite yet. Her head whipped toward the door, nearly crashing with mine ’cause it was doing the same thing. Two soaking wet men squished their way into the front hall.

A lot of things happened at once. Danielle let out a surprised sort of yelp, dropped her sandwich, and stood up so fast her stool fell over. I took a long, one-second look at the two men and thought they was trouble. Danielle seized my arm and yanked me behind her. It must be some motherly instinct like Momma’s air seatbelt whenever she’s gotta stop somewhat swiftly.

A half-groan, half-whine slipped out of Danielle as she muttered questions like “What do you want?” and “Who are you?”

My brain was firing those questions as well, but I couldn’t get ’em out ’cause Danielle had backed us into the corner by the stove. I kinda had to concentrate on breathing. Danielle grabbed the hot frying pan by the handle. She yelped again, and this time it had a note of pain in it, so I guess the pan was still hot. It said something of her sheer stubbornness that she didn’t drop the thing outright.

The second man laughed at that, but he didn’t get to laugh for long ’cause he slipped on water from the first man’s sneakers. He said one of the bad words.

About this time, Danielle and I kinda came to the same conclusion. She abandoned the frying pan, giving it a small toss toward the first man, and lunged for the screen door leading from the kitchen to the back deck that leads down to the yard.

“Run!” Danielle ordered, fumbling with the lock and shoving the door open.

She didn’t have to tell me twice. I slipped past her and bolted down the stairs. Rain soaked me instantly. I was amazed at how dark it had gotten, though it couldn’t have been past two o’clock. A scream stopped me. A huge crack of thunder shook the ground beneath me, but my feet seemed frozen in place. Dread and cold made me shiver. I stood with my feet planted firmly at the bottom of the steps, unwilling to turn and unable to continue.

“Get back up here!” the first man roared. His voice, for all its bluster, sounded distant to me. He didn’t exactly sound like the friendly sort you’d want to rush to for a hug.

This time Danielle’s voice failed to unstick my feet. Then, I couldn’t hear anything, but I knew a struggle was going on above me. I turned and placed one foot on the stairs to climb to the deck again. Looking up, I saw two figures emerge from my house onto the deck, one clearly in control over the other. I think if I’d had a full bladder, I woulda peed my pants right then and there. Not that it woulda made much of a difference given the rain trying to make the whole world a swimming pool around me.

The first man had forced Danielle to her knees. He was speaking, but I couldn’t hear anything he said. I don’t think he was even talking to me.

My hearing returned and the sound of rain filled my senses. Everything smelled earthy and fresh. A flash of lightning emphasized a picture I’ll probably always carry in my brain. Danielle gazed up toward the heavens, eyes shut as if praying, with tears streaming down her face. Through all the rain, it’s a wonder I recognized the tears, but I could tell they were there.

The second man joined the two figures on the deck. He had his arm extended toward me. I couldn’t see the gun he held until a flash of lightning made everything bright for one horrid second. My only chance to run disappeared. My stomach hurt, twisting itself about inside me. No one could miss at that range, and he didn’t. 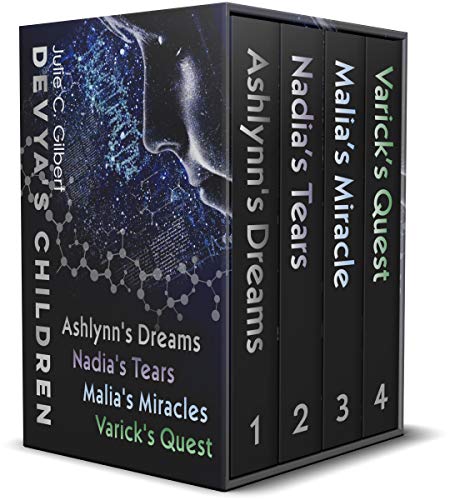