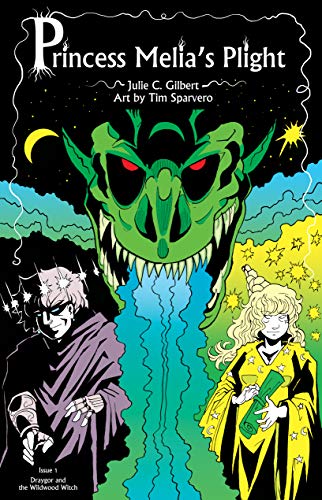 One man's quest to conquer the world puts the Seven Kingdoms in peril.

Draygor controls the dragons, but he really wants to rule the hearts of men.

He'll do anything to get his way, including assassinating heirs and putting powerful curses on royal lines.

But to do that, he needs the Wildwood Witch.

What will their uneasy alliance mean for the world?

The 1st of 5 comic books detailing Melia's quest to save her kingdom from a madman. This one concentrates on Draygor's work to subdue the seven kingdoms. You could also skip right to the graphic novel, which contains issues 1-5.