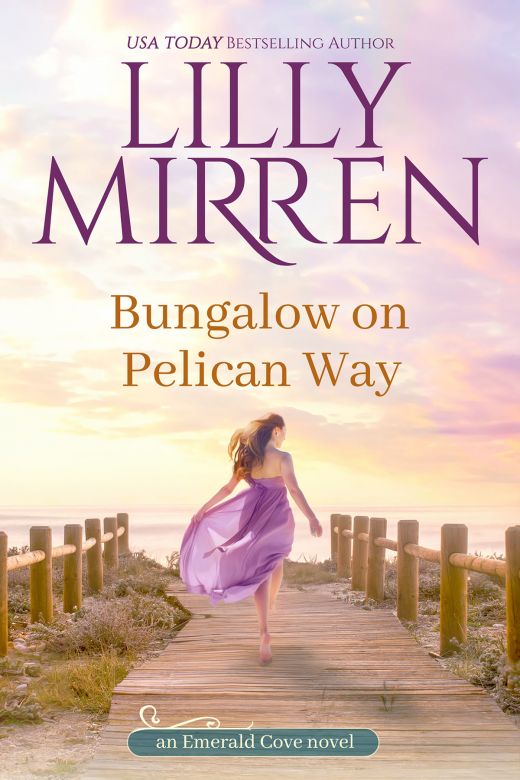 The dramatic continuation of the Emerald Cove saga from a USA Today Bestselling Author.

Moving to the Cove gave Rebecca De Vries a place to hide from her abusive ex. Now that he’s in jail, she can get back to living her life as a police officer in her adopted hometown working alongside her intractable but very attractive boss, Franklin.

When Franklin’s ex-fiancee comes back to town it will disrupt everything developing between the two of them.

Cindy’s ex-husband has returned to the Cove as well, along with the woman he left her for. And it isn’t long before his presence disrupts Cindy’s burgeoning relationship with the town doctor, his former best friend. A face-off with the girlfriend throws Cindy into a tailspin, but in the end she’ll have to make a decision about what, or who, is more important to her.

Meg and Brad get some good news, but with his paraplegia they’ll learn once again that nothing is as easy now as they’d hoped it would be.

Please note: This book is the third instalment in the ongoing Emerald Cove saga. 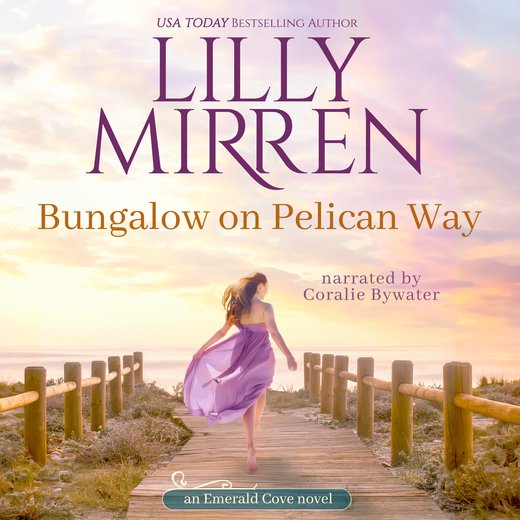 The slice of carrot cake on the table in front of Rebecca De Vries blurred as she pushed it around with the tines of her fork, and tears filled her eyes. She didn’t want to finish eating it, because as soon as she finished eating, it would be time to take Mum and her sister Beth to the airport.

She blinked and glanced up at her mother — short salt and pepper hair, deep brown eyes that crinkled around the edges.

“Penny for your thoughts?” asked Mum.

Rebecca shrugged and set the fork down. “I’m going to miss you, that’s all.”

Mum reached over the table and took her hand, squeezing it. “I will too. It’s been great to spend the past six weeks with you, even though I hate that you were hurt by that beast.”

Her sister, Beth, nodded. “The only good thing to come out of all of this is that Jake is behind bars and won’t be able to get out, at least for now, since the judge set the bail so high. I only hope he stays where he is forever.”

“So do I, but these things are never certain,” replied Rebecca.

Her mother’s eyes clouded. “Surely…” she didn’t finish her thought, instead releasing Rebecca’s hand to dab a napkin at her mouth. “Let’s not think about that now. We’re celebrating that we get to see you again. I wasn’t sure we’d ever have this chance.” Her voice choked with emotion. “With you hiding from Jake, we didn’t know where you were, if you were okay — at least now we can talk on the phone and spend time together. I wish you’d reconsider moving back home to Manly.”

Rebecca chuckled. “I know that’s what you want, Mum. And honestly, I’d love to do that. But the fact is, Emerald Cove is my home now. I’m a police officer, I love the people I work with, and of course, there’s the beach.” She waved a hand to indicate the spectacular view of Emerald Beach they had from their outdoor seating at the Emerald Cafe.

An expanse of golden sand curved around the bay where steady waves curled to the shore, rhythmic and comforting as they shushed into the shallows and bubbled up the sand. A bright sun glanced off the water. Families played in the sand, and children laughed as they jumped and splashed, chasing the waves, then running from them in turn.

“It is a great beach,” agreed Beth, her eyes narrowing as she took a sip of her iced coffee. “But we have a beach in Manly too and I’d love you to move back so we could see each other more often.”

“Do you promise?” asked Beth.

“So, when do you get to testify against the brute?” asked Beth.

“I’m not sure exactly, in a week or so I think. I’m waiting to hear from the barrister. But even though it’ll be nerve-wracking, I’m really looking forward to being able to stand up in court again and testify against him. I did it once before, and he managed to worm his way out of the justice he deserved. I don’t think he’ll be so lucky this time.”

“I certainly hope not.” Mum’s nostrils flared. “He should count himself fortunate that justice isn’t handed out by families, because if I could get my hands on him…” She shook her head.

“Thanks Mum, but I’m trusting in the law on this one. I think it’ll all work out in the end.”

Mum smiled. “Well, I hope you’re right. The law didn’t help you before, but maybe it will this time.”

Rebecca couldn’t argue — it was true. The law hadn’t protected her all those years when she was on the run from her ex-boyfriend. It wasn’t until she agreed to testify against him for the state prosecutor that they offered her protection.

“I suppose we should get moving then or we’ll miss our flight.” Mum stood to her feet and slung her purse strap over one shoulder.

Rebecca drove them both to the airport, then hugged them and watched as they wheeled their luggage through security. Her mother had stayed with her for the full six weeks of her recovery after she broke her right hand on her ex-boyfriend Jake’s jaw when he attacked her.

Beth had joined them a week ago. Rebecca’s tiny unit above the fish and chip shop was packed to the brim with suitcases, cosmetics cases, and shoes piled against the walls with three women living there — and she wouldn’t have it any other way.

Beth had slept on a blow-up mattress on the lounge room floor and Mum had camped on the pull-out sofa. That morning they’d packed everything away in their luggage and the unit felt empty once again. Rebecca dreaded returning to the quiet unit alone. At least she’d be starting back at work again soon.

The past six weeks was the happiest Rebecca had been in years. She couldn’t remember a time when she’d felt so free, so alive. After years of living in hiding from Jake after testifying against him in court, she was grateful to finally be able to live her life without looking over her shoulder or pretending to be someone she wasn’t.

She waved a final goodbye as they stopped on the other side of the metal detectors and turned back to look at her. Mum’s eyes glistened as she raised a hand to her lips and flung a kiss in Rebecca’s direction.

As she walked back to her car, Rebecca shoved her hands deep into the pockets of her shorts and hunched her shoulders against the wind that buffeted her. It smelled of salt, and when hunger pangs pushed the sadness away, she decided not to go home just yet. Instead, she drove to a nearby takeaway place, ordered a hamburger and chips, and sat on the beach to eat.

Several seagulls hopped along the sand nearby, beady eyes studying the proximity of the chips that lay in a small white paper bag at her feet. She waved them away, they took to the air in a flurry of wings, alighting again on their dark-orange claws a few metres away.

The tender beef patty melted in her mouth, and she relished the crunch of lettuce as she bit into the soft bun. Everything tasted better now that her life was her own. The world seemed brighter; she could laugh again without looking over her shoulder to see if Jake was there watching her.

There was one issue that hovered on the edge of her consciousness, disrupting her sleep, and sending her heart into a rapid-fire beat whenever it crossed her thoughts — whether or not the department would let her continue to work as a police officer in Emerald Cove.

She’d been stationed there as part of her cover. It’d been her only request when she’d agreed to testify against her criminal ex-boyfriend — that she could work as a cop. It was something she’d always wanted to do, and, she’d reasoned, he’d never look for her in a police station.

It was a nice idea at the time, but he’d found her anyway. She still didn’t know how — perhaps a leak in the department, maybe luck. Whatever it was that led him to her, the moment he broke into her unit and confronted her everything had changed.

She’d been put on administrative leave pending the completion of the investigation, and also to give her hand a chance to heal. When she asked how long it would take, she’d been given a vague answer — maybe six weeks or so.

Rebecca swallowed the last bite of burger and scrunched the paper bag with one hand as she pushed to her feet. She wiped the sand from her rear with her free hand and hiked back up the beach to her car.

Her only consolation in the entire process was that her boss, Franklin, had assured her he’d stand up for her. That he’d make sure they knew how much of an asset she’d been to the team in her short time in Emerald Cove.

Even hearing him say that had filled her heart with warmth. Franklin’s taciturn manner meant she was never sure what he thought of her, and there’d been a time when he hadn’t been so happy to have her on his team.

She threw the rubbish in a nearby bin, then started the car with a sigh. She’d find out what the future held for her soon enough. It’d been so long since she’d felt as though she belonged somewhere. She’d met Jake in Sydney when she was seventeen years old, ten long years ago; her life since that moment had been a horrifying sequence of dramatic upheavals, angry outbursts, beatings and abuse, trips to the hospital, starting over somewhere new, and Jake finding her to begin the cycle again.

It was hard for her to believe that it was finally over. He no longer had a hold on her, couldn’t find her, reach her, or hurt her anymore. She’d lived on the run, alone and afraid for so long, she wasn’t entirely sure how to live any other way. But she was looking forward to learning.