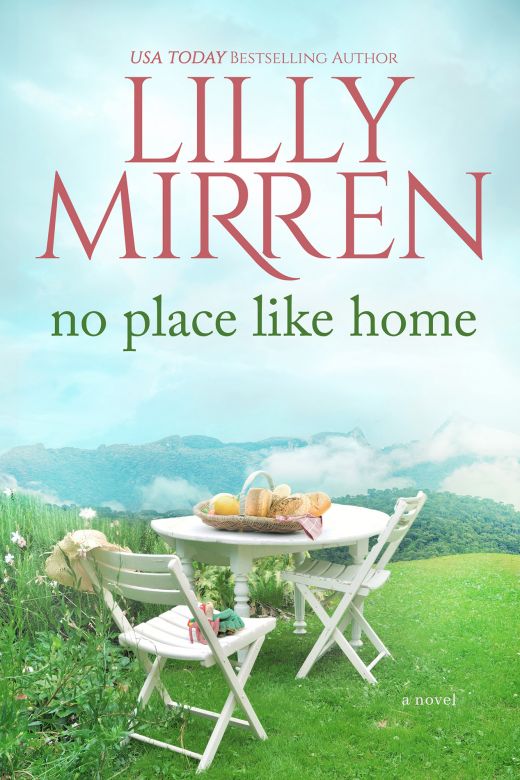 Lisa never thought she’d leave her high-profile finance job in the city to work in a small-town bakery. She also never expected to still be single in her forties.

What Lisa really needs is a time-out, a circuit breaker to give her space to figure out what to do with the rest of her life. A new life in a small town provides just the opportunity she needs to formulate a plan. It should be easy. She's smart, decisive, confident - there's only one problem, she has no idea where to begin.

Her thoughtful plans are soon interrupted by some unexpected guests who teach her that sometimes the twists and turns in life can bring the most joy.

Travel back to Murwillumbah in this satisfying sequel to the enthralling and emotional novel, Home Sweet Home, by a USA Today Bestselling author.

This series has a special place in my heart because it’s set in my home town. I grew up just outside of Murwillumbah on a beautiful little farm with rolling green hills and grazing cattle in the shadow of Mount Warning. It’s a wonderful village, where people know each other and neighbours step in to help whenever it’s needed.

With legs pumping, Lisa Miller leaned forwards over the handlebars, the wind buffeting her ears. Pink streamers fluttered and snapped in the wind by her hands. She was far too big for her bike. She’d told her parents so countless times, but they didn’t listen. An eight-year-old didn’t need sparkly pink streamers. And besides that, her knees almost hit her elbows when she pedalled. It was embarrassing, but there was nothing to be done about it since it was still another nine long months until Christmas. She’d have to make do with her sister’s hand-me-down.

“Come on, Lisa!” shouted Callie, several bike lengths ahead  and standing on her pedals, her brown ponytail flapping about her head. “They’re catching up.”

Lisa glanced over one shoulder. Behind her, three boys ran, feet slapping on the bitumen, their laughter and shouts drifting to Lisa’s ears whenever she turned her head and the noise of the wind died down for a moment. Her heart flipped and her mouth went dry as she stood up to push harder still. The road curved then ascended; they’d definitely catch her on the hill. This was the hill that always bested her, the one right before her driveway. Most of the time she swung a leg over the centre bar and climbed off the bike to push it slowly up the slope, not even attempting to ride it. But this time, she didn’t have a choice. If she got off to push, they’d catch her for sure. And she had no idea what that would mean, given she’d never been caught by a group of boys before, but the thought of it sent bubbling panic in a spike up her throat and made her head feel light.

Callie didn’t even look back. She simply peddled steadily up the hill, pulling further and further ahead.

Lisa puffed harder, the bike slowing even as she pushed with all her strength, the road steepening beneath her. Behind her the sound of boys whooping in victory spurred her onwards, her eyes widening in fear. They were almost on her when footsteps on the hill above caught her ear.

It was Callie, running in her direction. She passed Lisa, and Lisa stopped the bike— breath like fire in her lungs—turning to watch.

Callie stood behind Lisa and lifted her hands into fists. Lisa’s throat tightened. Her sister would be hurt. She set her bike down on the road, ran to stand by Callie’s side and glanced into her sister’s narrowed brown eyes as she raised her own fists high. Her heart pounded a staccato rhythm in her throat.

Callie grinned. The boys stopped short, seeming unsure of what to do now.

“What’s wrong?” mocked Callie. “Come over here and I’ll show you somethin’.” She puffed out her chest and moved towards them. They backed up, eyes darting as they laughed nervously.

The boys pushed each other, urging the others forward.

“You two are crazy!” jeered one boy.

Callie laughed in a maniacal way as she charged at them, arms flailing. The three boys turned and fled. She chuckled and let her hands fall to her sides. Then, with one arm around Lisa’s shoulders, she smiled down into her younger sister’s face. “Let’s go home, Bear.”

Lisa put her bike away beside Callie’s in the garage and followed her sister, still laughing, into the house. In the kitchen, Callie poured them each a tall glass of cold milk and Lisa chugged it between gasps of breath from the climb up the hill.

She set her empty glass on the bench by Callie’s.

“That’ll show them,” said Callie to no one in particular.

Muffled yells drifted down the stairs and both sisters looked up at the ceiling overhead in unison. Callie inhaled a slow, deep breath, but didn’t say anything. She didn’t have to. They both knew what it was. Their parents were fighting again. Lisa’s hand found Callie’s and she slipped it into her sister’s and squeezed.

They walked hand in hand through the living room to the small, rectangular space that jutted off the outside verandah they called the playroom. It was in desperate need of a paint job, but the colourful toys in boxes against the walls brought a smile to Lisa’s face as soon as they stepped inside.

Then, she caught sight of the one thing both of them loved more than anything else in the room. Their tent.

It was pink and purple, shaped like a princess castle. It stood in the centre of the room, the fabric door hung over the entry and with a laugh Lisa pushed it aside. The two girls crawled inside and lay on their backs, side by side, staring up at the pink dome glowing overhead.

Shouting echoed through the ceiling. Lisa reached for Callie’s hand.

Lisa hummed a tune to drown out the fighting.

“I wish I was somewhere else,” said Callie, suddenly.

Lisa turned her head to study her sister’s profile. Callie’s eyes were shut. “Where?”

“Anywhere,” replied Callie. Her eyes popped open. “I want to see everything.”

“Yep, the whole world. I’m gonna go to Africa and see elephants, and to Antarctica to see the penguins. Then, I’m gonna visit that leaning tower and see if I can make it stand straight. I bet if a few of us pushed all at the same time we could fix it.”

Lisa laughed. “You could not.”

“Could too.” Callie inhaled a quick breath, then let her eyes drift shut again.

“Well, I’m gonna have a family of my own. We’ll love each other forever, and no one will ever fight.”

Callie blew out roughly through puckered lips. “Not me. I’ll be rich and famous.”

“You can visit, have Christmas at my house then. You can bring all the best toys.”

Callie nodded, her eyes still shut. “I’ll be the cool auntie and you’ll work your fingers to the bone washing clothes and cooking for your ungrateful children.”

Lisa inhaled a sharp breath. “Just because Mum says that, doesn’t mean it’s true. I’m going to hold my babies, love them, and sing to them all the time. I’ll cook their favourite biscuits and let them choose the clothes they want to wear.” It was a particularly painful point of contention for Lisa that Mum never let her pick the clothes she bought and wore. She inevitably found herself squeezed into jeans that were a size too small and layered pink dresses with ruffles that were hopeless for adventuring or riding her bike.

Lisa closed her eyes like Callie, humming the tune for Every Breath You Take. It wasn’t her favourite song or anything, but every time she heard it on the radio it got stuck in her head for days, and she couldn’t help humming it until it drove Mum mad.

Callie began to sing, softly at first, the words not much more than a whisper. Lisa joined in, and their voices rose. They sang together, two shaky voices climbing higher and louder as the words tumbled out of their small mouths. Callie’s voice was strong and clear, Lisa’s breathy and a little off-key. She smiled, her eyes still shut, and squeezed Callie’s hand. She couldn’t hear the fighting any longer.