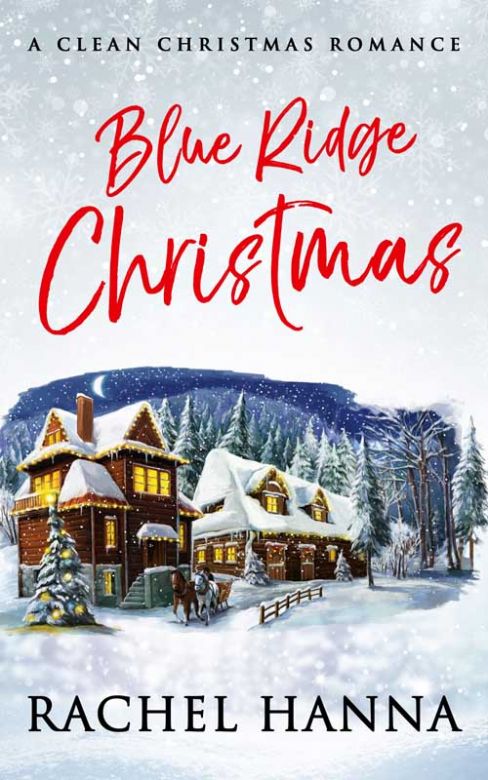 Holly Helm was born on Christmas Eve. She loves the holidays more than anything, and running her toy store and Hickory House Inn makes Christmas even more fun.

When a stranger shows up to stay at Hickory House, she has no idea that he's lying about who he is.

Will she find out his plan before it's too late? Or will sparks fly and throw a wrench in both of their plans?

Buy it now for a feel-good Christmas story!

Holly Helm loved Christmas more than anyone she knew. Being born on Christmas Eve certainly helped, but she loved the holiday more than just about anything, other than her daughter.

“Mommy, can I put the angel on top?” Gracie asked as she held the angel that had been in Holly’s family for as long as she could remember.

“Sweetie, you’re a bit short to get it up there, don’t you think?” Eight year old Gracie always thought she could do anything, which was a great attribute to have, but her small stature wasn’t exactly suited to putting the angel on top of the tree.

“I’ll climb on your shoulders,” she said with a grin. Holly tousled the hair on top of her head.

“I don’t think so, sweetie. Mommy has a toy store to run, and I wouldn’t want to be laid up in bed from putting you on my shoulders!”

“Yeah, that would be like Santa Claus getting hurt right before Christmas!”

“Okay, I found the ladder. It was in the shed out back,” Aimee said. She and Holly had been best friends since preschool, and sometimes Holly didn’t know how she would’ve made it through life without her. The loss of her parents when she was in college was almost too much to take, but Aimee had swooped in from Tennessee and taken care of her. Now that she was back living in their hometown of Orchard Falls, Holly felt like she had family again.

Orchard Falls, situated in the Blue Ridge Mountains of Georgia, was the only place Holly had ever wanted to live. Her parents had moved there just before she was born thirty-two years ago, and she couldn’t imagine living anywhere else.

When she’d married Paul just after college, they’d planned to stay in Orchard Falls forever. But, Paul’s company relocated them to Atlanta for his job a few years later. Living in Atlanta was the worst six months of Holly’s life. She wasn’t a city girl, and she felt completely out of place there.

One morning, after kissing Paul goodbye before he went to work, she laid back down with Gracie, who was just three at the time. The next thing she remembered was a knock at the door and two uniformed police officers. It was the worst day of her life, and explaining to her toddler that Daddy wasn’t coming home again had been too much to bear.