It's time for Christmas in Seagrove!

Are you ready to catch up with your favorite characters on the tiny lowcountry island of Seagrove, SC?

When we last left off, there was a big wedding and an addition to the family. But, what happens when a new resident moves to town and shakes things up?

And what will everyone do when a familiar face shows up and creates chaos during the holidays?

Click to start reading book 6 in this USA Bestselling series! 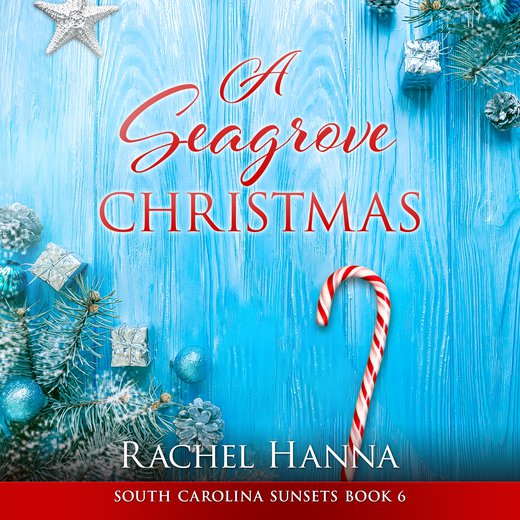 There was just something about Christmas.

It had always been Julie's favorite holiday, and having a new son had only made it more special this year. Even though she had Vivi too, a son was different than a granddaughter.

She could watch her new son grow into a man every day. She fed him, cleaned up his skinned knees, and made him do his homework. Being a grandmother was a part-time job, and it was usually only the fun stuff. Being a mom meant doing the hard stuff, too.

She watched as Dawson held Dylan on his shoulders next to the Christmas tree. They had to get an artificial one because Dylan was allergic to the real ones, and she had to admit she kind of liked the big fake one. It was perfectly symmetrical and didn't drop needles all over her floor. Plus, it had given her an excuse to go out and buy a bunch of Christmas ornaments to inaugurate the new tree.

This year, she'd gone with a blue and silver theme. Dawson said it reminded him of a Christmas tree Elvis might've had a Graceland, but Julie didn't let it bother her. She was full of joy this holiday season, and none of her husband's teasing was going to get her riled up.

"Reach higher," Dawson said, rising up on his tiptoes so that Dylan could put the flashy silver star on the top.

"Don't you boys knock my tree over, or I'll throw those freshly baked chocolate chip cookies right into the ocean out there!"

Dylan giggled. She loved the sound of his laughter. After seeing him those first few times at the camp, she'd wondered what it would take to see him happy again. He'd gone through so much in his brief life, with his mother's abandonment and the death of his father. All she wanted now was for him to live a long, healthy, happy life, and she would do whatever she had to to make that happen.

"Got it!" Dylan said, out of breath from reaching as far as his little arms would take him. Dawson lowered him to the ground, and Dylan dramatically fell back onto the floor, splayed out like he'd just run a marathon.

"Now, go grab that box of ornaments from the attic," Dawson directed. He was firm with his new son, which was a different side of Dawson she hadn't seen before. He wanted to grow him into a good, solid man and upstanding citizen. He was the kindest father Julie had ever seen. Sometimes, she found herself wishing she'd raised her children with him instead of Michael, but then she wouldn't have had Colleen and Meg. Regrets were useless anyway.

"Do you think he can carry that big box down the stairs?" Julie asked as she craned her head, watching him run up the stairs.
Dawson chuckled. "I wouldn't have sent him otherwise. Besides, I needed a minute alone with my hot wife." He grabbed her hand and pulled her close, pressing his lips to hers. That just never got old.

"Yeah, we don't get a lot of alone time anymore, do we?" she said, smiling.

"No, but it's so worth it. I know he's eight years old, but I feel like he's always been my son." Her heart swelled when he said things like that. Dawson gave Dylan all the attention a father should give, and she knew what a blessing that was for both of them.