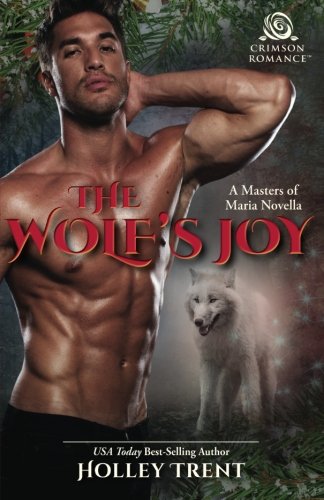 A holiday hook-up leads to a lifetime of love in this charming story continuing the adventures of the Masters of Maria series. Alex Cavanaugh is used to fielding odd requests at her waitressing job. She would have never predicted, though, that she’d get brazenly propositioned for a one-night stand with a needy werewolf—or that she’d be lonely enough to tell him yes. Ben Swain’s inner wolf has been howling for him to take a permanent mate, but he’s terrified of change. He’s clawed his way to status and respect from his pack and doesn’t want to sacrifice that for anything. A short tryst while he’s visiting Maria, New Mexico, before the holidays is supposed to be a stopgap measure to keep his wolf hormones in check, but Ben’s animal side wants more of Alex. Although she’s a human, quirky Alex’s go-with-the-flow, practical personality perfectly complements Ben’s wild intensity. But after being burned by men before, her budding horticulture career has become her number one priority. Sure, she wants love, but she’d rather be alone than with someone who isn’t fully committed. So why can’t she seem to resist Ben? If the two can’t figure out a way to balance the two most important things in their lives, all they’ll be getting for Christmas is regret. Sensuality Level: Sensual