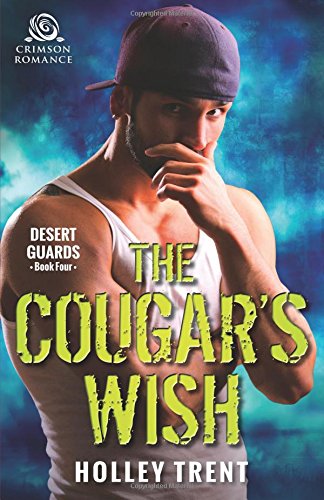 A desperate entity trapped on the other side of an active hellmouth pleads for were-cougar Belle Foye's help, and she can't stop herself from running toward it, even though it means putting her own life in danger. As if that weren't bad enough, Belle is currently in heat, which means her body is acting in all sorts of ways her brain wished it wouldn't--particularly when it comes to her new babysitter. Former soldier Steven Welch has been tasked with keeping Belle away from the hellmouth at all costs. It's just his luck her inner cat has taken a shine to his human self. Not only is Belle a bit young in his world-weary opinion, but sticking close to her means he has no choice but to confront a fear of the supernatural he'd hoped he left in the Afghan desert. When the pair learns Steven could solve Belle's problem and rescue the mysterious soul calling to her, their differences collide. Steven insists he's no hero, while Belle wants to enter the hellmouth and end the trouble it's brought on her family once and for all. Will Steven's fears and stubbornness cause Belle to lose her fated mate and the one man she's ever trusted enough to call "partner"? Sensuality Level: Sensual