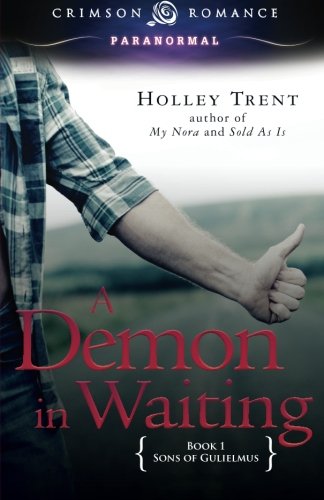 After twenty-eight years, skeptic John Tate is cast out of his cult. As he has neither money nor education, he’s completely without prospects. That is, until Gulielmus, his long-silent demon daddy, swoops in with a job offer this half incubus can’t refuse: seducing women for Team Hell. Sounds like a great gig for a virgin. Ariel Thomas knows smart women don’t stop for hitchhikers, but the one she spots on the Arizona roadside lures her like an irresistible mirage. For once in her well-regimented life she decides to do something out of character, and offers the gorgeous hobo a ride. She’s got a long drive ahead to North Carolina, and what better way to stay awake behind the wheel than to have eye candy to ogle? John’s unsophisticated charm makes Ariel swoon, and he’s enthralled by her worldliness. The two fall hard and fast, but Gulielmus wants to put the skids on their cross-country love affair. John may be hiding his true nature, but Ariel has some secrets in her family tree Team Hell won’t forgive. Demon spawn aren’t supposed to fall in love with their prey, and John is forced to make the age-old choice: good versus evil. Who’d be easier to run from—his powerful demon father or the woman who actually thinks he’s worth loving? Sensuality Level: Sensual