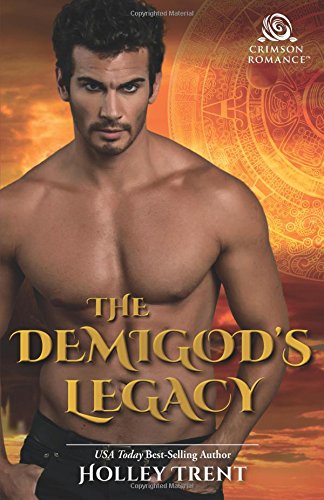 Six hundred years after losing his wife and son to his cousin’s deadly scheme, the demigod cougar shifter known as Tito Perez still refuses to take a mate. He couldn’t protect his family in pre-colonial Tenochtitlan where Aztec gods freely roamed, and he won’t risk endangering another in modern New Mexico. Too bad he doesn’t know he already has one from a tender affair with a sweet bar waitress he abandoned. After waiting five years for Tito to return to his senses, December Farmer tracks her daughter’s absentee father to the small town of Maria, New Mexico, to make him step up, but he’s not the only one in for a shock. The town is overrun with supernatural beings and, apparently, her daughter, Cruz, is one of them. December isn’t sure she can stomach being the mate of an immortal shapeshifter, but the stakes are higher for Tito. His cousin intends, yet again, to take away the only things Tito holds dear, and this time, Tito may have no choice but to cast his precious humanity aside and become the unflinching warrior he’s never wanted to be. Sensuality Level: Sensual