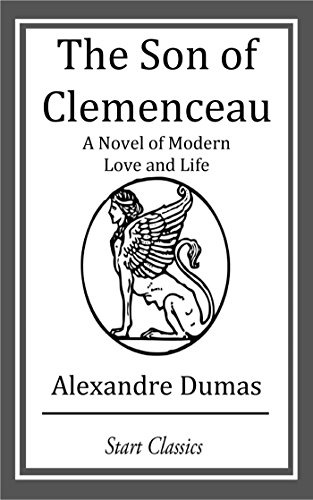 Alexandre Dumas "fils" was the illegitimate son of a Paris dressmaker and the renowned author of "The Three Musketeers." Dumas "pre" took him from his mother as a child (French law then allowed that), and gave the child a marvelous education at schools that included the Institution Goubaux and the Collge Bourbon -- but he could not take from the child the memory of his mother. Dumas "fils" spent much of his life writing of the loss of her -- in works like "Camille" and this novel, "The Son of Clemenceau." Alexandre Dumas "fils" died at Marly-le-Roi, Yvelines, on November 27, 1895; he is buried in the Cimetire de Montmartre in Paris.