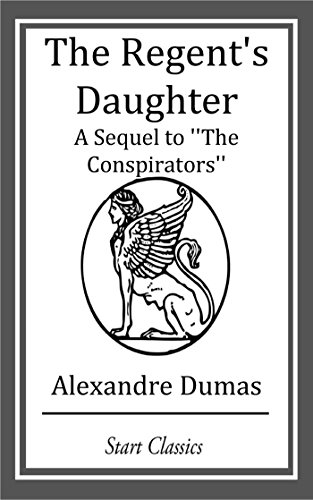 Alexandre Dumas, pre (French for "father," akin to Senior in English), born Dumas Davy de la Pailleterie (1802-1870) was a French writer, best known for his numerous historical novels of high adventure which have made him one of the most widely read French authors in the world. Many of his novels, including The Count of Monte Cristo (1845), The Three Musketeers (1844), and The Man in the Iron Mask (1848) were serialized, and he also wrote plays and magazine articles and was a prolific correspondent. Though best known now as a novelist, He earned his first fame as a dramatist. His Henri III et sa Cour (1829) was the first of the great Romantic historical dramas produced on the Paris stage, preceding Victor Hugo's more famous Hernani (1830). He was also a wellknown travel writer, writing such books as From Paris to Cadiz (1847), and Travel Impressions: In Russia (1860). His other works include Twenty Years After (1845), The Two Dianas (1846), Queen Margot (1845), The Black Tulip (1850), The Wolf-Leader (1857), and The Knight of Sainte-Hermine (1869).