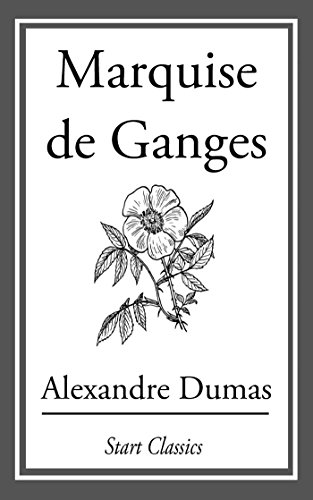 She was a woman of about twenty-five or twenty-six, who, unlike other women, evidently desired to appear older than she was. She was dressed in black; her hair hung in plaits; her neck, arms, and feet were bare; the belt at her waist was clasped by a large garnet which threw out sombre fires. In her hand she held a wand, and she was raised on a sort of platform which stood for the tripod of the ancients, and from which came acrid and penetrating fumes; she was, moreover, fairly handsome, although her features were common, the eyes only excepted, and these, by some trick of the toilet, no doubt, looked inordinately large, and, like the garnet in her belt, emitted strange lights.