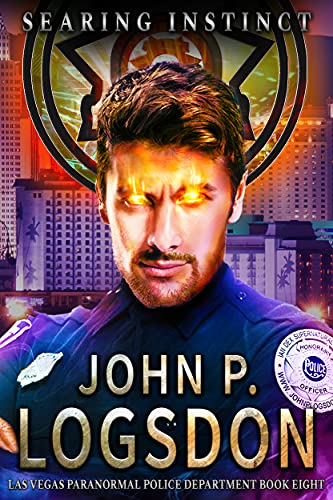 His sister is back and she's ready to take over the city...
Ian Dex and his crew knew it was only a matter of time before Wynn returned to fight for control of Las Vegas.

A new set of ubers has hit the Strip. This time, though, there's infighting and it's all Wynn can do to keep them under control. Fortunately, she's got a backup plan...and it's a doozy.

Ian fights his sister's attempts, until she shows up at his door seeking refuge. Does he trust her? Hell no. But sometimes you have to let your enemy close, in order to defeat them.

Worse, you often have to become just as cunning and crazy as they are...

Laughs. Mayhem. Blistering fun. If you loved the first set of Ian Dex books, you're going have a blast with this one! It's hilarious, action-packed, and loaded with naughty.

THOUSANDS OF READERS HAVE FOUND A HOME WITH THE PARANORMAL POLICE DEPARTMENT. YOU CAN JOIN THE FUN, TOO. JUST SCROLL TO THE TOP AND BUY YOUR COPY TODAY!
Read more