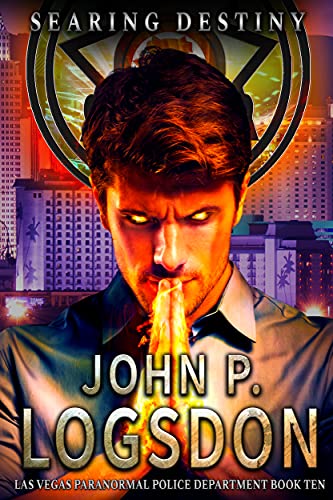 The time for war has arrived...
Ian's army is ready. He has Evangeline and the crew of the Black Ops PPD, Piper Shaw and the Retrievers from the Netherworld PPD, Zeke Phoenix and the cops from the Badlands PPD, along with valkyries, mages, werewolves, vampires, and pixies.

Their collective power is vast, but Wynn still holds the edge. She's loaded up with ubers and has been building an army of criminals that all but dwarf Ian's numbers.

But there's no time left for recruitment. War is on the horizon, which means each of Ian's squads will need to use every trick in the book to take down Wynn. Failure will mean the end of Las Vegas, and very likely the end of peace in both the Netherworld and topside.

Wynn is a fully powered amalgamite with an evil mind, and that is a recipe for dark times.

The question is who will be willing to pay the highest price in order to win?

Click the BUY NOW (or PREORDER) button at the top of this page and get ready for another action-packed Las Vegas Paranormal Police Department adventure!

THOUSANDS OF READERS HAVE FOUND A HOME WITH THE PARANORMAL POLICE DEPARTMENT. GET YOUR BADGE TODAY!