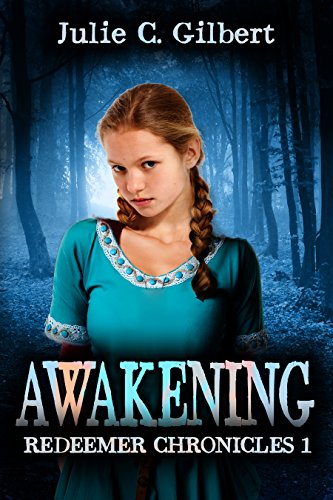 Being the Chosen One could kill her ...

Victoria Saveron knows two things for certain. Dark forces want to kill her, and her friends have cooler powers than she does. Katrina can shapeshift and Tellen can tap into destructive magic currents.

Everything else is uncertain and rumors abound.

Victoria might be the Chosen One, whatever that means. Her father might be able to help them, but only if they can find him. Coldhaven's villagers might be able to offer them food and shelter. Some fool might be running around unlocking Darkland portals to raise an undead army.

The further Victoria and her companions get on their journey, the more dangers and betrayals they face. They must awaken Vic's true powers or forfeit the world.

This is Book 1 in the Redeemer Chronicles series. It's followed by The Holy War and Reclaim the Darklands. Audiobooks are available for books 1-3 singly or as a combination title. There is also a prequel series called Aeris Legends. The first story is called The Huntsman and the Healer, but even that is preceded by a very short story called River's Edge Ransom. 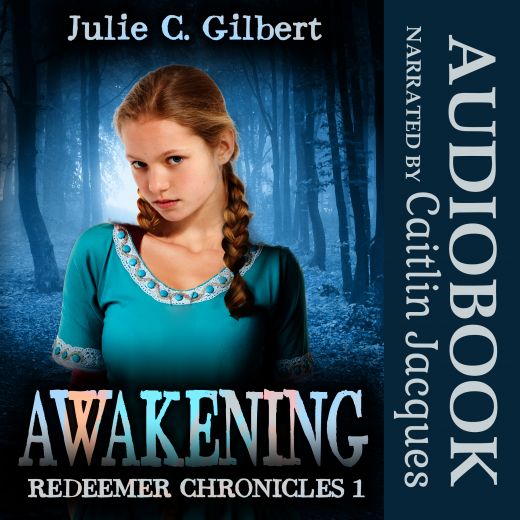 This has ch 2. Illustrated version sample is ch 1

I might have taken offense if she weren’t more than half right. I pause and take a moment to reset the fire kindling on the stack of wood I’ve just arranged.

“What? No witty comment? You really must be worried.” Katrina comes over and takes the flint and steel away. “Here now, let me handle the fire tonight. With you this distracted, you are as likely to set our bedding afire as boil the water.”

Part of me wants to protest, but the rest of me is too tired to care. In seconds Katrina has a steady, safe fire burning strongly in the pit I’ve dug. She didn’t need flint or steel because she’s an all-powerful Saroth Shapeshifter, imbued with the ability to light fires with her mind.

I make a half-hearted effort to stave off the plunge into self-pity, but on par with the rest of my day, I fail. Dropping onto my blanket, I simply watch Katrina add some bits of this and that to the last of the rabbit she’d chased down yesterday. She’s so gorgeous and powerful, and it makes me sick with jealousy.

Why couldn’t the Fates have given me long, silky, dark hair that would allow me to blend in with the shadows? Instead, I got golden hair that tries to compete with any light source, the perfect target for even the weak sight and dim wits of zombies.

Even when she’s not in her dog or snake form, Katrina’s body radiates with lean, graceful power. I’ll never understand Shapeshifters. As a dog, Katrina’s fur is as black as bread after my attempts to toast it over an open flame. As a snake, her skin turns the same dusky shade as the dirt where she initiates the change. As an insect, she most often forms a red-brown flying beetle. As a human, she possesses skin several shades darker than mine. Her green eyes can pierce a soul at a glance.

“If you feel like unburdening yourself, I am here,” Katrina assures. Even as she turns, she changes into a Labrador, pads over to me, and promptly invades my personal space, taking special care to draw near enough to pant in my face.

I laugh even as I hold both hands out to keep her at bay. I want to be cross with her, but it’s virtually impossible.

“Yes, very authentic. You’ve been working on the dog breath, haven’t you?”

Immediately, Katrina’s back in her normal form though still crouched on her haunches and entirely too close.

“I have made several adjustments to it just today. Do you approve?” A teasing grin spreads across her face.

Times like this confuse me. Katrina’s usually dead serious, but there are rare occasions such as this where she’s like a puppy eager to explore the world and earn approval. That image doesn’t exactly suit the stoic Saroth Shapeshifter I’ve known since before I could stagger forward in a straight line.

“Excellent.” With that, Katrina shuffles back to the cooking fire to attend the rest of the dinner preparations.

We have an odd relationship, Katrina and I. She’s in my life because the Saroth don’t trust me or my father. The same goes for Tellen because the same holds true for the Arkonai. My father encourages the friendships because it gives me something to focus on besides the fact that he’s gone most of the time. He knows they report regularly to their masters, but even after the shoddy treatment due to his marriage to my mother, Father still fulfills his duties as an Arkonai huntsman. He used to have a much higher rank. Why he obeys fools he could best while blindfold, I do not know.

That brings me back to my worries.

The playfulness vanishes from Katrina’s features. She hands me a bowl of stew and a spoon and studies me. After a long moment, she settles back into a more comfortable position and wraps her arms around her knees. Katrina stares forward into the dirt. When she finally speaks, her voice is softer and wearier than usual.

“Your father is a good man, but he is only one man.”

“How are we going to find him if he’s not in Coldhaven?” I ask, trying in vain to keep from whining. I don’t really expect an answer. The emergency plan I never expected to use tells me to seek answers with the current elder of the nearest village. Father loves his cryptic games.

“When the time is right, he will come to us.”

Katrina’s still staring deep into nothing. Though I don’t doubt my friend, I stifle the urge to kick her. Katrina is no Minder, but Saroth can be infuriatingly cryptic when they want to be, which happens to be most of the time. Sudden doubts grip me once again.

“Are we crazy? Should we have stayed at the cabin?”

“You are crazy-easy to sneak up on,” scolds Tellen, “but we definitely needed to leave your zombie-infested home.”

“We knew exactly where you were,” Katrina insists calmly. “Your odor preceded you as usual.” She glances up to see if the insult will get a rise from Tellen.

He grunts and tosses a mock scowl at Katrina.

“And here I was going to share this grand treasure I found, but if you’d rather I keep the blueberries to myself—”

“Blueberries!” I might have squeaked a little. They’re my favorite, and they never grow in the bushes around my home.

“Are you sure they are not baydonberries again?” Katrina inquires. “It is not exactly the right season for blueberries.”

The thought quenches some of my enthusiasm.

“I’m never going to live that one down, am I?” Tellen groans.

“Nope,” I answer, forcing a weak smile. My stomach clenches at the thought of the disastrous surprise he’d given us about a year ago. Baydonberries look almost exactly like blueberries, except that they have tiny white flecks in the fleshy part. They taste almost the same too. Unfortunately, they have amazingly thorough cleansing abilities. I think I puked up everything but my intestines and then had other unpleasant side effects for two days.

“People tend to remember when you almost kill them,” Katrina points out.

“These are the real thing,” Tellen insists. “Look.” He reaches into his pocket and draws forth a fat, luscious berry. “I’ll prove it.” With a flick of his wrist, Tellen flings the berry up into the air and moves to catch it in his mouth.

Faster than I can track, Katrina turns into a snake, coils, and springs, intercepting the berry mid-flight. She spits it at the fire where it explodes with a force strong enough to knock Tellen back a step.

Back in human form, Katrina frowns, looking both surprised and annoyed with herself for intervening.

“You really should leave the berry hunting to Vic.”

I agree, but I’m too stunned to speak. My mouth just opens and closes for a while. Normal baydonberries will briefly turn a flame a deep purple color, but I’ve never heard of one exploding.

“Perhaps you should remove the rest from your pockets,” Katrina suggests.

Tellen fumbles in his right pocket, only too eager to comply. In his haste, he drops another one into the fire. It bursts into flames, causing a shower of sparks to fly out at us. I duck instinctively, dunking my chin into my stew bowl. Setting the bowl aside, I brush my chin with the back of my hand, hoping nobody saw that.

While I recover my dignity, Katrina assumes her snake form and curls into a defensive coil. She stays like that for three heartbeats beyond the last spark’s death before returning to normal.

“Just over there,” Tellen says, pointing back up the way we’d come this afternoon. “Behind that outcropping. There must be hundreds of them up there.”

“Show me,” orders Katrina. The next instant she’s a dog on high alert. Her ears perk up and her muscles tense. She barks and nips at Tellen’s heels to let him know she means business.

Tellen looks like he wants to protest, but the cold glint in Katrina’s eyes convinces him resistance would be futile—and possibly painful.

“Stay here,” he orders me, before taking off at a sprint.

Stay here by myself with a dying fire. Uh, no, not a chance.

Weariness flees me as I leap to my feet, put out the fire, and race after my friends.