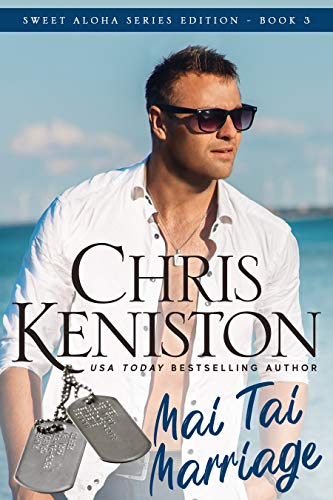 Love Page Turning Romance? Books you can share with friends and family? Then sit back, kick off your shoes and prepare to fall in love with the newly edited just for you Aloha Sweet Romance Series from USA TODAY Bestselling Author Chris Keniston.

First you need one sailor in dress whites.
Couple him with a beautiful, feisty shop manager.
Don't forget the runaway bride.
Add a little orange liqueur, a splash of coconut rum and a pineapple spear just for fun.
Stir in one accidental marriage.
Mix in some crazy friends and one meddling mother
And you have the perfectly concocted Mai Tai Marriage.


MORE IN THE SERIES: