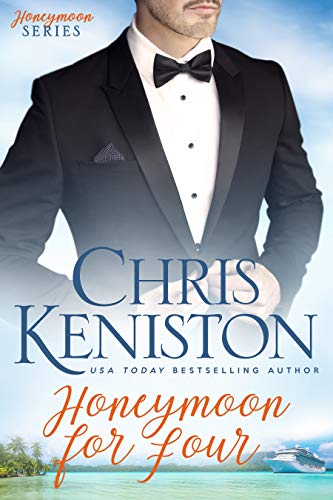 On a mission to save her mother from an internet relationship gone too far, Angela Cannon secretly takes a last minute honeymoon cruise alone. What she needs now is a plan, and Devon Miller seems to be the perfect answer. Except, what’s a girl to do when an unexpected connection takes complicated to a whole new level?"A feel-good escape that will have you laughing and looking for the next book!" Roxanne St. Claire New York Times bestselling author on Honeymoon for One.More books in the Honeymoon Series: Honeymoon for OneHoneymoon for ThreeHoneymoon for FourOther Series by USA Today Bestselling author Chris Keniston: Farraday CountryHart Land Lakeside InnAloha Series Beach Read Edition