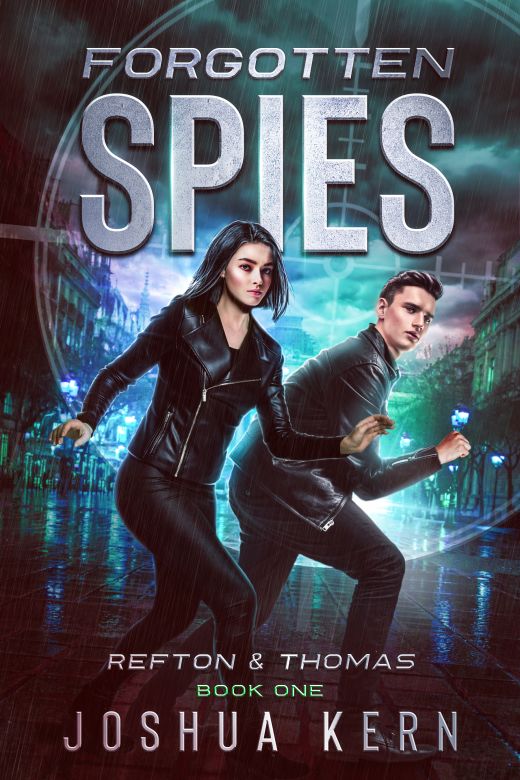 Family secrets are about to be revealed, but first they have to find the truth. Why were they forgotten?

James Refton is an insecure 20-year-old still living at home with his sick grandfather. A man who wants him to leave his familiar stomping grounds and move on with his life.

When his childhood friend Lexie is unexpectedly thrust back into his life, and a secret involving the death of her parents is revealed. James must step up to support her during their journey of self-discovery and adventure into the unknown.

Together they head to France. Where they discover that the history of their families is far more intertwined than they ever imagined.

Will they be able to learn the rest of her family’s secrets while dodging bullets through the countryside of Europe? Can James overcome his insecurities and support Lexie when every step they take is more uncertain than the last?

A fast-paced, page-turning novel of secrets, family, and deception in unlikely places from author Joshua Kern.

(This is the second edition of the book.)

Lexie held the letter from the safe deposit box with trembling hands in front of her. This age marked envelope contained the secrets they had been looking for. The sound of tearing paper filled the room as she ripped it open and carefully unfolded the paper inside.

The contents of the box were everything they had been hoping for and more.

“Do you know what this means?” She asked, after reading the letter aloud to Jay. Her eyes were glistening with unshed tears while her cheeks were wet with the countless others that had already fallen.

Jay nodded silently, in shock at what she had read. “We know who my parents are now. Your grandpa was wrong, just like we thought.” He managed to utter after a moment, his voice thick with emotion.

The cold rasp of a slide being pulled back on a gun echoed through the room, bringing them back to reality. “Is that really something the two of you should be worrying about right now?”

Jay stilled, as next to him Lexie barely dared to breathe. Slowly, they both swallowed in fear, before turning to see who had joined them.