If you want to read gripping stories that don’t rely on sex, swearing, and graphic violence—you’ve come to the right place!"The Turning Scourge" by Wall Street Journal bestselling author Charlie N. Holmberg"What Waves Wash Up" by Alexis Kaegi"The War Within" by N.V. Haskell"The Caretaker of Lavender Heath" by H.A. Titus"A Shelter in the Fog" by B.D. Weiss"The Falling of the Archeantus" by Wall Street Journal bestselling author Jeff WheelerDEEP MAGIC is an electronic magazine that publishes clean short fiction in the fantasy and science fiction genres (epic, paranormal, steampunk, etc).

The Falling of the Archeantus

The chime sounded the arrival of the first enemy ship unfolding from white drive.

Kire Marden saw the blip on his screen from his position defending the atmosphere of the planet Cumroh. He flexed his fingers over the controls, preparing to flare his engines.

«Captain Marden, can you see it yet?» The voice came through his neurcom, a ghostlike voice in his head. It was Eden, his lieutenant. Her thought was fringed with barely controlled fear.

Another chime. Then another. Then a blurring of them, like so many staccato notes.

Kire raised his eyes from the monitor and gazed through the plated shield of his cockpit. He bit his lower lip, watching the enemy cruisers appearing, multiplying, their thrusters blazing with sudden white-hot heat as they accelerated to attack the planet’s defenders.

«I’ve lost count,» thought Brio from his ship. «Anyone get a reading?»

The chimes continued to sound, buzzing now with their rapidity. Kire’s stomach sank with dread.

A yellow light from the comm flashed. A new thought came, from the admiral of the Archeantus.

«Son—they’ve arrived. Start your attack runs. Give the order.» It was a whisper of thought, filled with futility and without hope.

Kire pressed the flashing yellow light, allowing him to speak to his regiment at once. «Orders from the Archeantus. We engage now. Full thrusters. Take down as many as you can.»

He watched as three of the ships in his regiment turned, engaged thrusters, and vanished as they deployed their white-drive engines to fold out of the galaxy. They’d fled the battle before it had even started.

«Aye, sir,» said Eden with a sigh in her thought.

The chimes had finally stopped. His onboard display showed a whorl of targets speeding their way. The youngest pilot in Kire’s regiment was only twelve—a promising girl named Hoiyse. If she’d had four more years of training, she might have been good enough to survive.

Kire engaged his thrusters and felt the jolt in his body armor as his craft accelerated toward the maelstrom of enemy craft.

As they left the atmospheric haze, he saw the Archeantus, a destroyer, come under a swarm of explosions from the detonators sent winging into it. A huge explosion came from amid the swarm of enemy ships, then was snuffed out as the vacuum of space collapsed the broken ships after they were breached. Each of those small flashes of light was the telltale sign of death in space.

Kire rolled left hard, hearing the chink of detonators as they bounced off his hull before they exploded. His ship bucked, and he sprayed his own detonators in every direction.

«I’m hit!» cried a voice in his mind before it went instantly silent. It was an uncontrollable urge to cry out before death. Kire had heard that so many times during the war.

He rolled right, amazed at the sheer number of enemy fighters. It was like a hive of bees had been punctured and the whole swarm had come out at once to defend it. An explosion rocked his craft, but his shield held. Most pilots didn’t survive getting sucked out of their craft after being struck, even with the body armor. No human reflexes were enough to handle the complexities of space. His onboard systems were taking over now, sending repulsing blasts into the area thickest with enemy ships.

He saw the beetle-like shape of a KJV razor coming directly at him. Kire torqued his control stick hard over, and the two barely missed each other. The KJV pilot hadn’t been trying to ram him, there were just too many ships in too small a battle space. Kire felt a jolt that rattled his bones, and his engines whined and then suddenly failed. They had clipped each other. Another buffet spun him end over end. Explosions popped and fizzed through his hearing sensors.

«Kire!» Eden called in a panic. Her worry had thrown out the formality of rank.

«I’m all right,» he thought back. «One of my engines is damaged.»

«I’m coming back for you,» she insisted.

His onboard sensors showed half his regiment had already fallen to the KJV onslaught. He craned his neck and looked out the shield, seeing mushroom-shaped clouds coming from the planet’s battered surface. The KJV fleet was raining warheads down on the planet Cumroh. His stomach lurched as he thought of the radiation sickness that would plague and destroy the survivors.

«I’m coming back for you!» Eden’s thought was determined.

«Captain! Captain!» an anguished cry sounded in his mind, then was snuffed out.

«I am, Admiral,» Kire thought back. «I’m disabled. How is the Archeantus? I can’t see her.»

«We’re disabled too. The forward ranks wanted to bomb the planet first. Cumroh will be uninhabitable before the day is out. It’s over. We’ve lost.»

«How many have we lost?» Kire thought with despair.

«We’ve lost everything. I’ve given the evac order. Get out of here.» 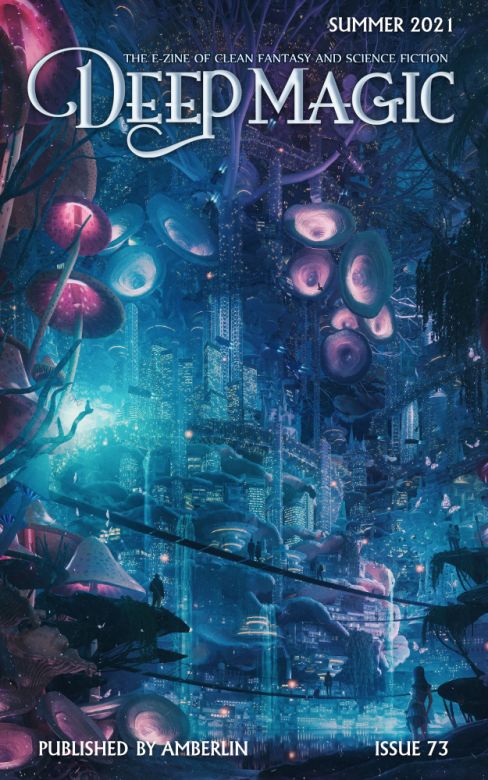