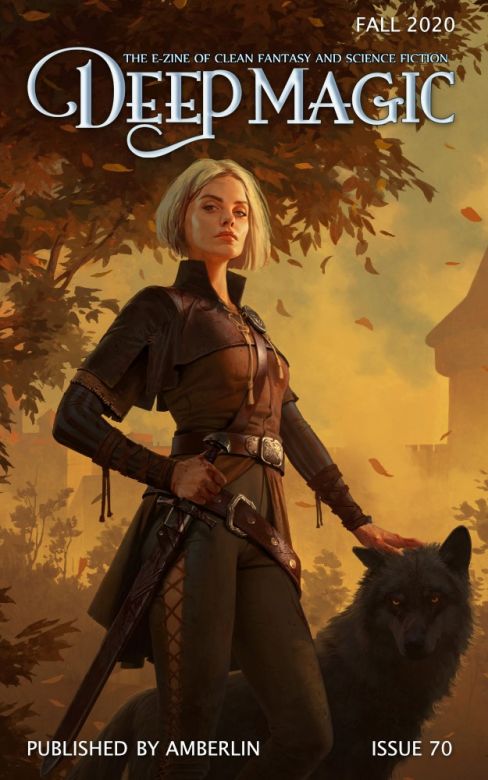 OK, OK, it wasn’t really that the Devil went down to the chili cook-off. He was summoned, with “up” being the most likely direction. The title’s just worded that way because of the Charlie Daniels song. (If you don’t know which song, Google it.) But the rest of it’s true. Here’s how it happened.

Every year, the judges gave out enough awards so that each contestant got one. You might think that meant they were all happy to get an award, but everybody knew only two prizes really mattered: Best-Tasting Chili and Hottest Chili.

And as far as Margie Simmons was concerned, only one mattered. She had been the undisputed champion of Hottest Chili for six years before Hugo Casares won an upset victory using ghost peppers in his chili, and she’d had to settle for Reddest Chili. Since then, she had only won Hottest Chili once, and now she and Hugo were tied at seven wins apiece.

Over the past four years, Margie and Hugo had both tried their hands at growing their own ultra-hot chili peppers. (Neither of them would even think of just pouring in some pure capsaicin—that would be cheating.)

Margie was determined to beat Hugo this year.

At this point, seeing as how the title of this story promised a visit from the Devil, you might suspect that Margie was so determined to win that she would sell her soul to be able to grow the hottest chili peppers in the world. Or perhaps that Hugo had already done so, or maybe he even was the Devil himself.

But if you actually knew Margie and Hugo, such suspicions would be ridiculous. They were both God-fearing folk—Margie a Methodist, Hugo a Catholic—and this annual competition was nothing more than a friendly rivalry between them. The most important thing for both of them was raising funds for the Daniel Webster Charter School PTA in order to support the students.

No, the Devil didn’t show up on account of anything done by Margie or Hugo, at least not directly. It was Margie’s grandson, Layton, and Hugo’s daughter, Alejandra, who helped summon Old Scratch himself to the school gym.

Not on purpose, mind you. The chili cook-off was traditionally held on the Friday before Halloween (unless, as on this particular year, Halloween was on a Friday, in which case it was held the day of), in conjunction with the trunk-or-treat in the school parking lot and before the school dance. As members of the student council, Layton and Alejandra were in the gym the Thursday before the big event, helping to put up decorations, and someone—nobody ever remembered who, exactly—suggested making a giant pentagram on the floor.

While others were putting up fake tombstones and black crepe paper, Layton and Alejandra used measuring tape, twine, and chalk to sketch out a mathematically precise pentagram within a circle that was almost as wide as the basketball court. The circle turned out to be a little over 13.31 meters in diameter—a detail that would be utterly insignificant if not for the fact that this meant the circle had an area of 666 square cubits.

The Devil, as they say, is in the details. And he doesn’t use the metric system.

Still, a pentagram and a little numerology wouldn’t usually have been sufficient to summon the Devil.

But Jamaal Washington, standing by one point of the star, lit a candle to check out how spooky a jack-o-lantern with a devil’s face carved into it looked, even though he knew they were only supposed to use fake candles because of the fire code. At the exact same time, Scott Hwang, kneeling by another point of the star, accidentally cut his finger with a box cutter he was using to carve tombstone shapes out of cardboard, causing a drop of blood to land within the pentagram. And also at the exact same time, Madison Morris, sitting by a third point of the star, painting cardboard tombstones gray, just happened to be preparing for tomorrow’s Latin test by conjugating the verb vocare (to summon).

Add all that to the Devil’s two-centuries-old grudge against Daniel Webster, and it was close enough.

It started as a whirlwind in the central pentagon of the pentagram. Layton and Alejandra, who had been standing near the center admiring their handiwork, were flung across the gym floor, each of them finally sliding to a halt on the two empty points of the star.

Sparks spun up from the vortex and out into the gym. Several strands of crepe paper caught fire and had to be stomped out by students nearby.

The pentagon in the middle of the pentagram filled with inky smoke, and the smell of sulfur pervaded the atmosphere. The smoke gradually cleared, revealing the Devil in the center of the pentagram. In his tailored shark-gray suit, he looked like the CEO of a Fortune 500 company, except for the horns and the glowing red eyes. His face was the spitting image of what was carved onto the pumpkin Jamaal had lit up.

You might think that, it being the night before Halloween, the people in the gym would mistake the Devil for someone in a devil costume. But everyone there had no doubt who he was, for they could feel his sheer malevolent presence.

“Well, you summoned me, so I’m here,” said the Devil, his quiet voice carrying quite clearly to everyone in the gym. “How can I be of service?”

The Devil looked at Jamaal, Scott, Madison, Alejandra, and Layton at each point of the pentagram. “I don’t have all day. What do you desire in exchange for your souls?”

Layton managed to find his voice. “It was an accident. We didn’t mean to summon you.”

“An ‘accident’? You summoned me—Lucifer, Satan, Beelzebub, the Beast, the Father of Lies, the Prince of Darkness—to a school gym by ‘accident’?”

“It’s supposed to be pretty straightforward,” the Devil said. “I get summoned, I make a deal, I get a soul.” He sighed and looked around the room, taking in the Halloween decorations. His gaze stopped at the west end of the gym, where a hand-painted banner declared “Halloween Chili Cook-Off.”

“It’s not till tomorrow night,” Layton managed to say.

“Ah, excellent. I’ll come back then to enter my chili.”

“Make it? Child, who do you think invented chili? I’ll make you a deal: If my chili tomorrow is not the hottest chili anyone here’s ever tasted, I’ll give your PTA enough to fund it for the next ten years.”

Jamaal said, “So, you’re not going to take our souls?”

The Devil chuckled, revealing very white, too-sharp teeth. “Not tonight. You’re lucky I like a good chili. But if I win Hottest Chili tomorrow, the souls of you five are mine.”

His body began to spin, faster and faster, while his head remained still. (Later, each of the five students at the points of the pentagram would swear he was looking straight at them the whole time.) Smoke and sparks rose around him, then faded away, leaving the central pentagon empty.

Between the student council, volunteers, and faculty advisors, there were twenty-five people in that gym during the Devil’s apparition. None of the adults thought to pull out their smartphones and record what was happening, but four of the teenagers did.

Of course, they immediately wanted to post the video online. Unfortunately, when viewed, all four videos consisted of nothing but random red-and-black static on the screen, with an audio track of distorted, unintelligible noise. Someone had the bright idea that maybe the noise would make sense if played backward, and downloaded an app to reverse-play the video. But it sounded exactly the same whether played forward or backward.

Meanwhile, the rest of the teenagers used texts and social media to spread word about what had happened. The following is typical of how those conversations went:

OMG the device just showed up in the gym 4 realz!!!

The Princess of Disney!!

I DID NOT SEND THAT LAST MESSAGE!!!!

Still, despite the communication glitches, enough word-of-mouth got around for people to decide that something weird was going on, and a number of people who had been planning to go to the chili cook-off decided to stay home. About the same number of people who had not been planning to go decided to see what all the fuss was about, so it was pretty much a wash.

Layton and Alejandra decided not to tell their families that the Devil would claim their souls if he won the Hottest Chili contest. Keeping a secret from their families was not a new thing for them: they were dating, and part of the thrill of their relationship was the Romeo-and-Juliet forbiddenness of their love due to the Hottest Chili rivalry. They would have been both relieved and disappointed to learn that neither family would have had any objection to their dating.