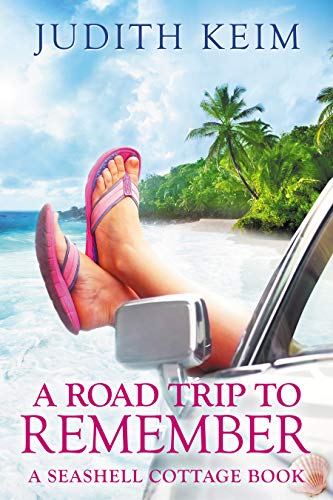 "This is another great book from Judith Keim about a Grandmother/granddaughter road trip from Boston to Florida. It's filled with the fun of the trip, the love between the two women, the emotions of saying goodbye to old friends and the ability to change your life no matter what age you are. "

A woman and her beloved granddaughter take a trip of discovery…

After agreeing to enter the New Life Assisted-Living Community outside of Boston, Agatha “Aggie” Robard talks her devoted, serious granddaughter, Blythe, into driving her to Florida, stopping to see old college friends along the way. She particularly needs to speak to Donovan Bailey, the man she’d thought she would marry right after graduating from college. By asking Blythe to go with her, Aggie is hoping to prove to her that life should be about having fun too. Their road trip is a great idea for both of them as long as Aggie’s son and his wife, Blythe’s difficult stepmother, don’t find out.

While the rest of the family is away on vacation, Aggie and Blythe set off on their secret adventure. All goes well until Aggie falls while dancing on the beach with Donovan, breaking a bone in her leg. Then Blythe’s father is seriously injured in an automobile accident. Blythe and Logan Pierce, Donovan’s young assistant, do their best to step in for them at The Robard Company working together, fighting the attraction they feel for one another.

The road trip brings about happy memories, surprises, and love as Aggie and Blythe meet others and discover new possibilities for everything they’ve ever wanted. 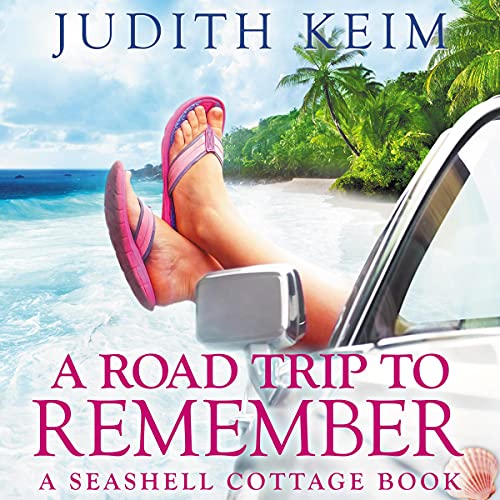 “Yes, my darling, you can, and you will. I need your help.” Agatha “Aggie” Robard put as much pleading into her voice as possible without breaking down and crying. She had a plan for a road trip, and by damn, she was going to do it! At seventy-two and just through recovering from pneumonia, she couldn’t make the drive alone, and there was no way she was going to let down the man she’d promised to visit. He was, in some respects, the one who got away. Not that Arnold, God rest his soul, would mind. He’d always known she’d loved Donovan Bailey too.

“Just think about it,” Aggie urged. “A road trip to remember.”

It would be good for her granddaughter, Blythe, to get out of town, get over her boyfriend, and find a decent young man who’d adore her for being the loveable young woman she was. Two women on an adventure. That’s what they’d be. Aggie grinned with anticipation. What could be better on this March morning when the rest of their family was about to leave for a fourteen-day vacation in Hawaii?

Aggie listened to Blythe go on about the need to stay in Ithaca to wrap up her college courses at Cornell before graduation. Aggie knew her beloved granddaughter had used that excuse to escape going home for Spring Break, gotten into an argument with her stepmother, Constance, about it, and was left out of the trip to Hawaii in the process.

“A Spring Break trip to Florida in early April will do you good,” Aggie said, dangling this last piece of information in front of Blythe like a piece of her favorite toffee candy.

Blythe let out a breathy, “Oh? That’s where you want me to take you?”

“Yes. I’ve rented a place on the Gulf Coast of Florida, the Seashell Cottage, for a week, starting at the end of March. That will give us time to get there, enjoy a week in the sun, and get back home again before anyone suspects a thing.”

Suddenly, Blythe began to laugh. Her musical trills filled Aggie’s ears and brought a smile to her face. “Gran! You’re outrageous!” She paused. “Do you think we can pull off something like this? Constance will be furious if she ever finds out.”

The smile disappeared from Aggie’s face as if it had been ripped off with tape, leaving stinging skin behind. Constance Robard, her only child’s second wife and Blythe’s stepmother, was a pain in the behind, always trying to tell her what she could or could not do. Aggie fought to find the right words.

“Constance doesn’t need to know every little thing I’m doing. Just because she manipulated me into selling my house and moving into the New Life Assisted Living Community, it doesn’t mean I can’t have a life of my own. There’s a dance or two in this old lady yet.” No one was going to take away the power to live her life her way. Not even if it meant ruffling a few feathers.

Aggie made her final plea. “So, will you do it?”

“You bet!” said Blythe, a new eagerness in her voice. “Florida sounds fantastic right now. I swear I haven’t seen the sun in Ithaca for a week or more. I’ll bring some work with me and do it there.”

“Good,” said Aggie. “Pick me up Tuesday morning at eight o’clock, and I’ll take care of the rest. And pack suntan lotion. We’ll take the convertible.”

“I love you, Gran. Don’t worry. I’ll come home over the weekend and see you Tuesday morning. This road trip is going to be fun!”

“Don’t I know it,” Aggie said, feeling as if she was about to be handed a get-out-of-jail-free card.

Still smiling, Aggie clicked off the call. Blythe was a serious young woman in the final semester of her senior year at Cornell. She’d spent years doing what others had dictated and was just beginning to understand that life should be fun too. Aggie hoped if she left Blythe with anything to remember her by, it would be this.

Aggie’s one suitcase sat beside the front entrance of the main building of the assisted-living complex she now called home. It wasn’t a bad place to be. It had every convenience possible, good food, and lovely surroundings both in and outside the buildings. Best of all, she’d made some good friends here. Two of them, Edith Greenbaum and Rose Ragazzi, had suggested the Seashell Cottage as a place for her getaway. They’d once made that suggestion to Noelle North, the former head of the health program at New Life, and she’d ended up married to some hotel mogul. You never know what could happen. Aggie had sworn these friends to secrecy but felt it was only right for someone to know her true location should anything untoward happen. She owed that to her son, Brad, and daughter-in-law, Constance.

“So, you’re going on vacation with your family,” commented one of the staff. “How nice for you.”

Aggie glanced at Edith and Rose, who’d come to say goodbye, and nodded. She didn’t like lying in any form and was relieved she actually was going on a family vacation, even if the only other family member was Blythe.

Her eye caught sight of something. She looked through the glass-paneled front door to see her white Mercedes convertible pull up to the front of the building with Blythe at the wheel. This car represented so much to Aggie. Her purchase of it had sent Constance into a rage, claiming Aggie was losing her mind to buy something like this at her age. It was the beginning of Constance’s campaign to get her to move out of her big, old house in Dedham outside of Boston and into New Life.

Aggie had finally given in to Brad’s pleas to put his mind at ease about her safety and had made the move. But she’d refused to get rid of the car. She kept the shiny new beauty in a storage facility nearby and gave Blythe the extra key fob to it. After she died, Blythe would have her car for her own use. For now, Aggie needed to know she had “wheels.”

Rose grinned at her and wrapped her arms around Aggie. “We’ll be with you in spirit. Remember every little detail so you can tell us all about it.”

Aggie held in a laugh. There was nothing Rose liked better than a good, romantic story.

Blythe hurried over to them and grabbed hold of Aggie’s suitcase. “Hi, everyone.” Green-eyed, black-haired Blythe reminded Aggie of a beautiful young woman who was just coming into her own. Long-legged, thin, and with a wild taste in clothes that drove her stepmother crazy, Blythe was the perfect person to take this trip with her. By the time they got back, Aggie hoped Blythe would have a better appreciation of herself.

Aggie marched to the car alongside Blythe, feeling like she was sprouting wings with each step, loving this new sense of freedom. After she buckled herself into the passenger seat, she turned to the small crowd gathered at the doorway and waved.

“Okay, pedal to the metal, girl,” Aggie said, sitting back in her seat, eager to begin the journey ahead.