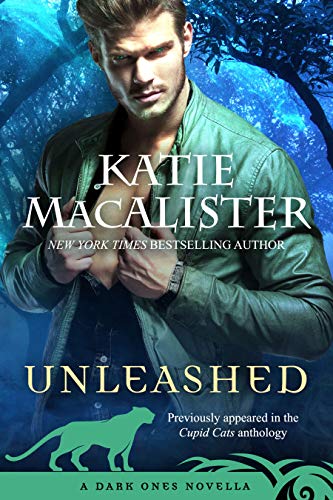 Unleashed: A Dark Ones Novella

Meet Jacintha Ferreira, kitty whisperer. Or at least that's what the guys around the Washington State Game and Wildlife office call Jas. Her skills with bigger cats than are normally found left on the back doorstep of the Cupid Cats Animal Shelter are put to the test when she encounters a sexy Dark One shapeshifter who has no idea how he became a really big kitty...but he does know a Beloved when he sees one.