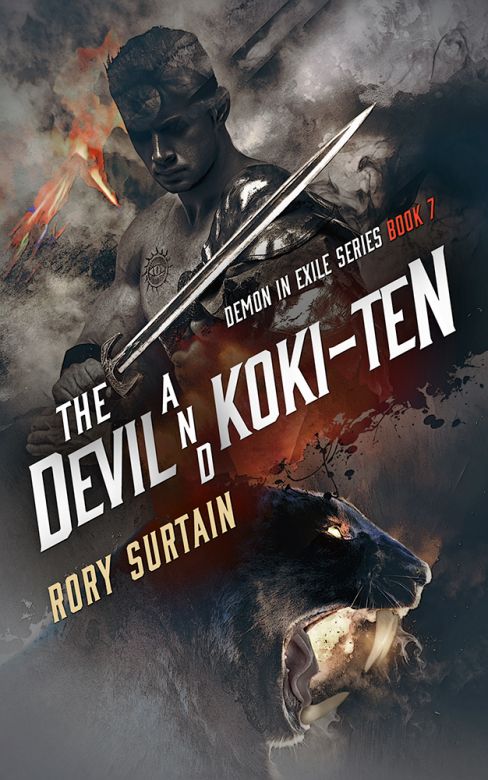 The Devil and Koki-Ten: Demon in Exile

The choice is yours, but the plague is mine, wherever it leads.

A black sorcerer and a death-demon vie for control as they seek to break an emperor's hold on a ruined realm. Trapped in a city that's being consumed by an Infernal plague, can a demon-slayer find a path forward when all roads lead to destruction?

In this genre-bending fantasy series, coming of age takes on a whole new meaning for a young man grappling with his inner demons.

The Demon in Exile Series offers a witty blend of pain-filled action and twisted drama in a series where the characters are as strong as they are flawed and striving to keep their own fragile humanity intact.

Appropriate for Adult, New Adult, and mature Young Adult readers that hunger for well-crafted action and strong, yet flawed characters.

This is Book #7 of the Demon in Exile series. Please visit surtain.net for more info.