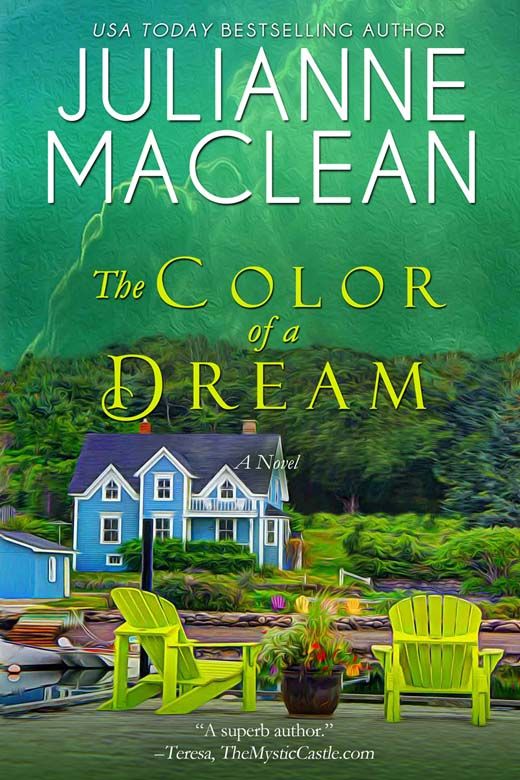 "Full of high emotional moments and unexpected twists and turns, these Color of Heaven books are impossible to put down."

From USA Today bestselling author Julianne MacLean comes an emotionally charged tale of a young woman who has fought hard to survive a heart transplant, but soon finds that her new heart is engaged in another battle altogether...

Nadia Carmichael has had a lifelong run of bad luck. It begins on the day she is born, when she is separated from her identical twin sister and put up for adoption. Twenty-seven years later, not long after she is finally reunited with her twin and is expecting her first child, Nadia falls victim to a mysterious virus and requires a heart transplant.
Now recovering from the surgery with a new heart, Nadia is haunted by a recurring dream that sets her on a path to discover the identity of her donor.
Her efforts are thwarted, however, when the father of her baby returns to sue for custody of their child. It’s not until Nadia learns of his estranged brother Jesse that she begins to explore the true nature of her dreams, and discover what her new heart truly needs and desires… 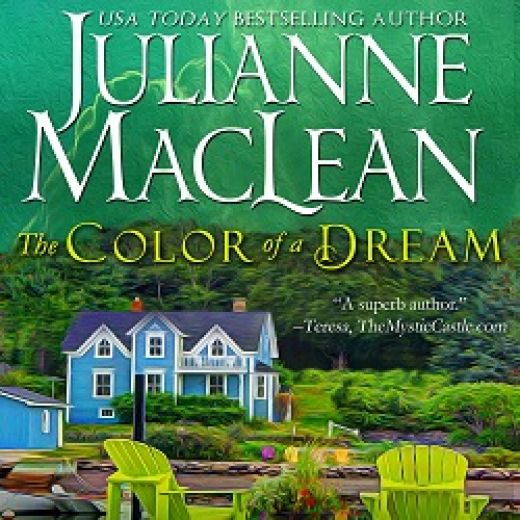 How could it be that easy when the most unlikely events occur and we find ourselves connecting with others in ways that can only be described as magical?

Until recently, I didn’t believe in that sort of thing—that fate, destiny, or magic played any part in the outcome of a man’s life. I always believed that what happened to me later, when I became a husband and father, resulted from the decisions and choices I made along the way, with a little luck—good or bad—tossed into the pot for good measure.

Things are different for me now. How can I not believe in something more, when what happened to me still feels like a dream?

It’s not difficult to pinpoint the exact moment when my world began to shift and all the puzzle pieces began to slide into place. It was a month before Christmas almost twenty years ago. A heavy, wet snow had just begun to fall.

I was fourteen years old, and it was the day I began to hate my older brother.

Some people said we lived in the middle of nowhere because the road wasn’t paved and ours was the only house for many miles.

I didn’t think it was nowhere. I liked where we lived on the distant outskirts of a quaint little town where our father was the only dentist.

I suppose it was a bit remote. Once you drove past our house, which stood at the top of a grassy hill with pine trees behind it, you reached a bend in the road and were suddenly surrounded by thick forest on either side. It was extremely dark at night.

That didn’t stop people from speeding, however, because it was the only alternate route between our town and the next and there were plenty of country folk who preferred to avoid the interstate. Partly because our road provided a more direct route into town, but mainly because it was where the bootleggers lived. If you wanted liquor after hours—or if you were underage—a fifteen-mile drive down a deserted gravel road was only a minor inconvenience.

More than a few times, we were awakened in the night by drunks who drove into the ditch where the road took a sharp turn not far from our home. We always left our outdoor lights on all night, so we were the first house they staggered to. Luckily, the ones who came to our door were always polite and happy drunks. There hadn’t been any fatalities and my father never refused to let them use the phone to call a tow truck.

The event that changed my relationship with my brother, however, occurred in the bright cold light of day during the month of November, and we weren’t coming from the bootlegger’s shack. We were on our way home from a high school football game where we’d just slaughtered the rival team—thanks to my brother Rick, who was captain and star quarterback.

Earlier in the day, Rick had been coerced by our mother to let me tag along to the game. Now he was dropping me off at home so that he and his buddies could go celebrate.

As we turned left onto the gravel road, the tires skidded and dust rose up in a thick cloud behind us. Rick was doing the driving and I was sandwiched into the back seat between two keyed up linebackers.

“Did you see the look on the other coach’s face when you scored that first touchdown?” one of them said. “We were only five minutes into the game. I think that’s when he knew it was going to get ugly.”

“Ugly for them, but not for us,” Greg said from the front seat. He high-fived Rick, who lay on the horn five or six times.

The car fishtailed on the loose gravel as he picked up speed, eager to get rid of me no doubt.

“Hey,” Greg said, turning to speak over his shoulder to Jeff, the linebacker to my right. “What are you going to do if Penny’s there?”

I may have been only fourteen years old, but I’d heard all the gossip surrounding the senior players on the team. They were like celebrities in our town and if the school could have published a tabloid, these guys would have been on the front cover every week.

“She better not be there,” Jeff replied, referring to the house party they were going to as soon as they dropped me off. “She knows we’re done.”

“She won’t take no for an answer, that one,” Rick said.

Everyone knew the story. Penny dated my brother for three months the year before, but when she got too lovey-dovey he broke it off with her. She wouldn’t stop calling him though. Then she had a minor mental breakdown and lost a lot of weight before her parents finally admitted her to the hospital. She was out of school for a month.

This year, she’d set her sights on Jeff and they’d had a brief fling a few weeks ago. Now he was avoiding her and everyone said he had a thing for some girl in the eleventh grade who just broke up with her longtime boyfriend. I heard he went off to college in September, joined a fraternity and decided he didn’t want to be tied down anymore. She was heartbroken and Jeff wanted to step in and lift her spirits.

We all knew what that meant.

I felt sorry for her. I also felt sorry for Penny, who kept getting her heart stomped on and would probably end up in the hospital again. From where I stood at the sidelines, it seemed obvious that she should steer clear of the football team and maybe join the science club instead, but girls just didn’t seem to go for guys like me who were good at math. They liked big muscles and stardom. Even if it was only small town stardom.

We drove past the Johnson’s hayfield and I wondered what the cows thought of the dust cloud we were creating as we sped up the gravel road.

When at last our large white house came into view at the top of the hill, Rick didn’t slow down and I wondered how he was going to make the turn onto our tree-lined driveway.

That was the moment I spotted Francis—our eleven-year-old golden lab—charging down the hill to greet us.