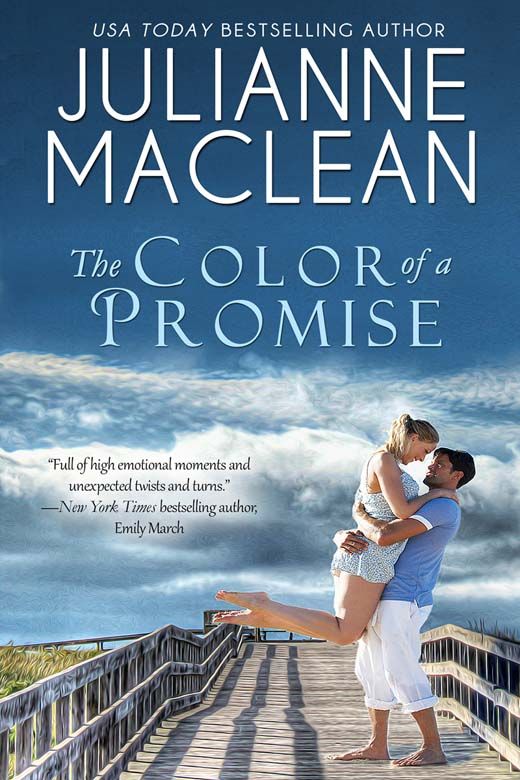 "Love this series! I recommend The Color of Heaven series to all my friends. These books are wonderfully spiritual, and make the reader think about events in their own lives."

From USA Today bestselling author Julianne MacLean comes the next instalment in her popular Color of Heaven Series, where people are affected by real life magic and miracles that change everything they once believed about life and love.

Having spent a lifetime in competition with his older brother Aaron—who always seemed to get the girl—Jack Peterson leaves the U.S. to become a foreign correspondent in the Middle East. When a roadside bomb forces him to return home to recover from his wounds, he quickly becomes the most celebrated journalist on television, and is awarded his own prime time news program. Now, wealthy and successful beyond his wildest dreams, Jack believes he has finally found where he is meant to be. But when a giant commercial airliner explodes in the sky over his summer house in Cape Elizabeth, all hell breaks loose as the wreckage crashes to the ground. He has no idea that his life is about to take another astonishing turn…

Meg Andrews grew up with a fear of flying, but when it meant she wouldn’t be able to visit her boyfriend on the opposite side of the country, she confronted her fear head-on and earned her pilot’s license. Now, a decade later, she is a respected airline crash investigator, passionate about her work, to the point of obsession. When she arrives in the picturesque seaside community of Cape Elizabeth to investigate a massive airline disaster, she meets the famous and charismatic Jack Peterson, who has his own personal fascination with plane crashes.

As the investigation intensifies, Meg and Jack feel a powerful, inexplicable connection to each other. Soon, they realize that the truth behind the crash—and the mystery of their connection—can only be discovered through the strength of the human spirit, the timeless bonds of family, and the gift of second chances. 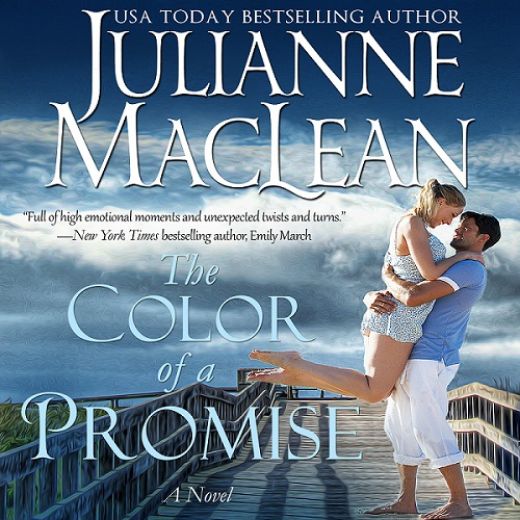 It’s kind of embarrassing to come back from the dead and still not get it. One would think, after something as profound as a close brush with death, you would have a greater understanding of your true purpose and how to steer your life in the right direction. I regret to say that’s not what happened to me. It wasn’t until much later—years in fact—that I realized the significance of certain events in my life. Before then, I thought I knew everything. In actuality, I had been living in the dark.

Now I see how arrogant I was, believing things were a certain way, and that my life was more extraordinary than others’.

I suppose, in my defense, there was something special about me. Something I kept secret because few people would ever believe what I knew about life. Most people would call me crazy. Professionally, I couldn’t afford to risk being judged or misunderstood because I was ambitious in my career as a television journalist and foreign correspondent for CNN. For appearances sake, I had to keep quiet about my personal beliefs if I wanted to remain in Afghanistan, covering the war.

But there was, of course, more to my desire to remain in Afghanistan than just my career as a journalist. There was a reason I hadn’t wanted to return to the United States. At first, I thought it was heartbreak that kept me away—because I had been jilted by the woman I’d believed to be “the one.”

Later, I came to realize it had more to do with my ego, because I had lost that woman to my brother Aaron, who had always been my rival. He had been the one to win her heart, and for a long time, I was angry about that and chose to break away from my family.

Now I understand the truth. I know that what kept me away was not bitterness toward my brother, nor was it my bruised ego. It was fate—because the timing hadn’t been right. The moment had not yet arrived to fulfill a promise I had made many years earlier.

I don’t think anyone can deny that staring death in the eye is a wakeup call. The woman I fancied myself in love with—the one who had jilted me for my brother—had spoken to me about that once. Her name was Katelyn, and she had been involved in a cycling accident where she flew over the handlebars of her bicycle and nearly tumbled over the edge of a steep cliff. By some miracle, she had lived to tell the tale.

When she described it to me, she explained that in that instant, her life had flashed before her eyes with astounding clarity. A common occurrence for many people.

Or so I’ve heard.

In my case, there was no time for reflection in the flashing, terrifying instant of my impending doom. All I recall is the thunderous sound of the bomb going off, and an explosion of dust outside the car windows, followed by a violent jolt as our vehicle flipped over half a dozen times before bursting into flames.

I wish I could report that while I was clinically dead for approximately ninety seconds in the helicopter while the doctor performed CPR on me, my experience was magical and awe-inspiring and provided irrefutable evidence about the existence of heaven.

The reality is this: I have no memory of angels singing, neither do I recall floating out of my body to watch from above while I was brought back to life. I remember nothing about being pulled from the burning wreck by a team of American soldiers who had been following close behind us on the road. Nor do I remember anything about the trip to the hospital. I don’t know where my mind went during all of that, for I recall nothing but blackness, until the moment I regained consciousness in Germany.

That is not to say that I didn’t reflect upon my life when I woke. I thought about it a great deal after I opened my eyes and discovered that the person at my bedside—the first of my family members to arrive in Germany—was the last person on earth I wanted to see.

My older brother Aaron was one of those exceptional individuals who seemed to be born under a shining star. Between the two of us, he had always been the better-looking one. He got straight A’s without breaking a sweat, while I was a consistent B student and had to work hard for my grades. While Aaron was captain of the basketball team and went on to become valedictorian of his graduating class, I led a quieter existence as a member of the debating club, where there were no pretty cheerleaders to help us celebrate our wins or take the sting off our losses.

It was obvious to everyone that Aaron was athletic and popular, while I was more of a silent, brooding intellectual who, as a quintessential “angry young man,” read Newsweek and The Economist, and studied the classics and political science in college. Aaron, meanwhile, was making a name for himself in the sailing community—buying old boats, refurbishing them and racing them for medals that gained him a reputation that would later pay off in spades. Aaron had always belonged with the elite.

And yes, I will be the first to admit that part of our rivalry stemmed from jealousy on my part, but not because he was better looking or more popular—and later, far wealthier than me.

The fact of the matter was this: Our rivalry began eons before all that, with extremely deep roots in the past. But I won’t go back quite that far at the moment, because that’s a story for another day. As far as today is concerned, this is what you need to know about Aaron and me. It’s the thing that truly matters, although I had no notion of its importance while it was happening.