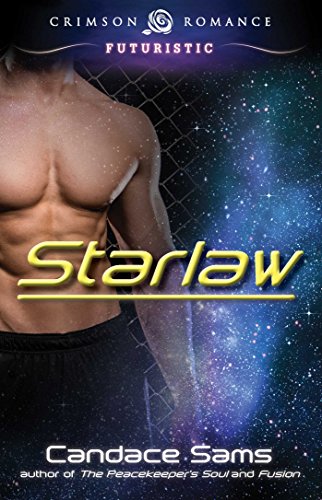 Darius Starlaw is the commanding officer in control of the starship Titan. He's charged with bringing back a murderous space vampire and will do whatever it takes to see his mission succeed. With him, the operation is less a matter of duty than a sworn vendetta. Every moment his suspect remains free is one more he has to live with memories of what that killer did. He and his intrepid crew have chased their man to one of the most primitive planets in existence: Earth. Still, orders are orders and Darius will see his suspect in irons.

San Diego Police Officer Laurel Blake doesn't know aliens from other worlds exist. Like almost every other cop on the planet, she's got her plate filled with other, more important, day-to-day matters like chasing down and arresting thieves, drug dealers, and murderers. One night as an undercover operative in Balboa Park utterly destroys her well-ordered concept of the universe and everything in it.

When Darius's and Laurel's duties force them to work together, their lives drift from one adventure to the next. Laurel doesn't trust the so-called spaceman who's so bombastically dropped into her life. And Darius believes Laurel, as an Earth denizen, is far too technologically backward to do her job properly or to be of any use at all.

The pair has two choices: They can work together to take their mutual suspect back to Darius's home planet of Luster, or they can remain enemies and risk seeing a murdering savage go free. It's not only a battle for justice but a war between hearts.