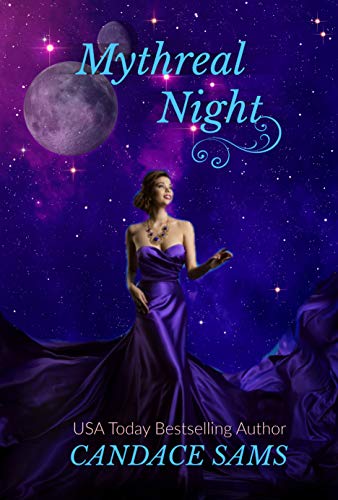 Two adversarial master space spies bury the hatchet during Valentine's Day.
On the planet Mythreal, two highly trained intelligence officers catch each other spying. Rather than risk open war over the incident, they devise a way to at least appear to get along.
What better way to keep the peace than to pretend to be lovers during an Earth Embassy Valentine's Day gala.

Content advisory: A sweet old-fashioned romance for all ages, set in a futuristic society - for Valentine's Day.

Rating: G for all audiences

“General Albright, the pirates will be forced to negotiate if we cut off their supplies. We don’t need to send in our forces. In three months’ time, they’ll be begging for help, and we’ll provide it.”

“Why would we do that, Keira? Why would we help the same scum who’ve attacked every colony in this entire quadrant for the past two years?”

LT Keira Foley pressed her point. “Sir, the food and medicine these criminals have stolen from outlying colonies is of poor quality. It won’t be fit for consumption by the time they get it home. Outlying colonists learned to hide all their most valuable commodities years ago so that attacking thieves couldn’t find their stores.”

“Once pirate sympathizers realize we’ll give them better food and medicine than stealing can provide, they’ll force their own cutthroat leaders to the bargaining table. They know Mythreal has the best rations, the most advanced medicine, and the best doctors in five sectors. This planet is not only safe, it’s a model of industry and progress.”

She continued slowly. “Sir…while our allied patrol cadres are second to none, they won’t need to fire on any vessels in the vicinity of Oristus Seven or any of the other pirate-held harbors. You won’t have to order anybody into battle if this plan works. All our law enforcers need to do is stop all cargo vessels in and around any known pirating populations. Stop anything that moves and board it for inspection.”

Keira then continued the plan with fervor. “The law gives us, as the only code enforcement planet in this quadrant, that right. It’s been my experience that no vessel operates on a completely legal basis. At least, not all the time. Typically, foodstuffs are out-of-date and can therefore be seized under Health Safety Article 197 (A) of the uniform transport codes governing this entire parsec. On finding any infraction…if any can, bottle, or jar is even one day older than the marked expiration on the sellers’ manifests…we can legally seize those goods and any ancillary products that might have made contact with this so-called contaminated cargo.”

“There must be over five thousand flight regs giving us the right to stop any vessel in space. Every craft has something wrong with it no matter how minor,” the general remarked.

“Better still, normal cargo vessels rarely carry arms. Certainly nothing that would pose a problem for our forces.”

“If  captains won’t comply with the command to be boarded for inspection, as the law allows, they risk losing their flight status as well as their entire ship and all their cargo. Even their personal belongings can be confiscated on the spot,” Keira assured him.

“In due course, we’d be making the pirating populations dependent…on us. What you’re suggesting is a slow embargo process that will keep most pirates in this entire sector from being able to feed and clothe their own populations. Is that right?’”

“Yes, sir. Pirate leaders need tribal cooperation, or they’re nothing more than figureheads. Oristus Seven is home to most of their remaining hoards. Once that planet gets its food and medical supplies from us—”

“Of course…hostilities will ease or cease altogether,” Albright triumphantly muttered.

“It’s just a matter of time before pirate leaders are irrelevant,” Keira insisted. “There’ll be no need for them. And that means no more pirating.”

“But do you actually believe this plan will stop them all, Keira?”

“I think it’ll greatly diminish their collective powers. They’ll be outnumbered and outgunned. Their leaders will be expendable.”

“I’ll pass on this scheme to Allied High Command,” the general told her.

“It won’t happen overnight, sir. But in time, the citizens of pirating worlds will realize we have all the goodies they want. To get them, they’ll legally trade and barter like everyone else. And they’ll do so peacefully. But…”

“There is a way to move this plan a little faster,” she added. “We can bring them to their knees sooner…hit them where they live.”