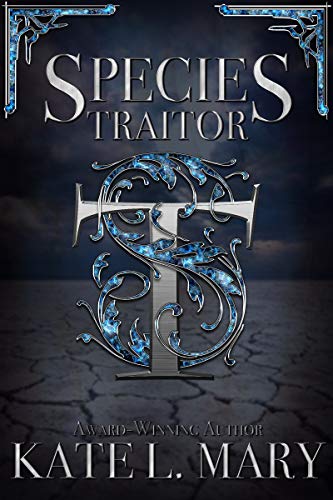 My name is Ava Mendoza, and I am a species traitor.

They came hoping to find a new home after their own planet was destroyed, but Earth was dying as well, and most humans saw their arrival as an invasion. Now, two decades later, the Veilorians have been banished to the District, a fenced-in area on the outskirts of the last known livable land on Earth. Most people do their best to pretend they don't exist, but not everyone. There are humans, like my cousin, who see them for what they are. Despite the threat of disownment, she married a Veilorian, and now she, too, lives in the District.

Even before I met Finn, I was determined to stand up for what was right, but from the moment I laid eyes on him, we had a connection I've never experienced before. But with the election of a new and radical mayor on the horizon, tensions are high, and people are calling for change. They want to make my cousin's marriage illegal and punish any human who goes into the District, but I refuse to back down from this fight. No matter the cost. 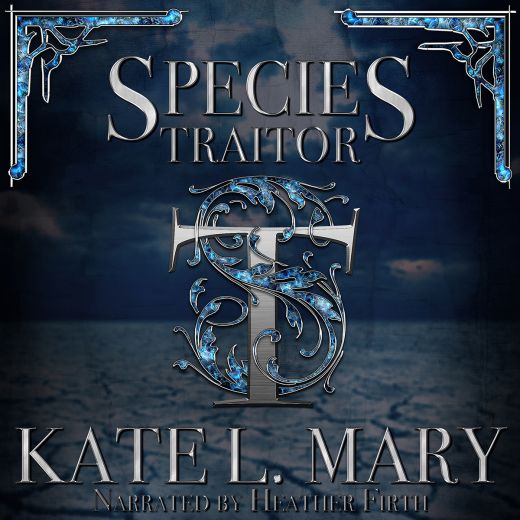 I was trying to decide what to write next, so I posted the first chapter of several projects I’d started and never completed in my Facebook reader group, allowing fans a chance to read them and vote on what they wanted me to pursue next. This was one of them. It wasn’t the winner, but it was a close second and ended up being what I was able to concentrate on the longest. I had the idea for this book years ago, and it’s probably been years since I wrote the first chapter – which wasn’t the prologue – but as usual, I only had a vague idea about where I wanted the story to go. Back then, I had given it the tentative title of The Bird and the Fish and had intended it to be more of a Romeo and Juliet type story. Things change, though, and when I started working on it last fall, it developed into a much more complicated story. And I’m glad.

I was young when they arrived, only three years old, but the events of that day have been forever tattooed on my mind. I could still feel the surge of the crowd, hear the murmur of voices, remember the rush of excitement as the moment drew near. It had seemed as if everyone in the city was gathered on the street, and I was cuddled between my parents, desperately trying to keep warm as the sky above us slowly darkened and the stars began to twinkle. They were bright and cheerful looking compared to the blackness surrounding us, and the way they popped up one by one, turning the night sky into a canvas of beauty, had made it seem like I was watching hope manifest right in front of my eyes. Or at least that was how I’d remember feeling years later when I looked back on it all.

We weren’t waiting for them—at least we hadn’t known we were—but the excitement swelling through the crowd when it started seemed almost electric. The way it had hummed, the way it had risen with the chatter before tapering off as people stopped to stare, awed by the sight.

It started as a single streak of light cutting across the distant sky but was quickly followed by another only a few seconds later. Around me, people pointed as sounds of wonder rose, and my father lifted me onto his shoulders while my mother clung to his arm, her smile as bright as the stars above.

Before long, the lights began coming faster, dragging tails behind them as they shot across the blackness, headed for some distant piece of Earth. One after the other, they plummeted as a hush fell over the crowd. I was as quiet as everyone else, my chubby face turned toward the sky. My dark hair had escaped the braid my mother carefully crafted earlier in the day, and it tickled my face as a cool breeze blew. I could remember the way the night air chilled my nose until the tip felt like an ice cube, and how my ears began to ache. I could also remember not caring even a little, but instead focusing on the bursts of light as they grew bigger and closer together, illuminating the sky in a way I’d never seen before.

It happened at the peak of the meteor shower. A ball of light bigger and brighter than all the others streaked across the sky, drawing everyone’s attention. It seemed to grow in size as it did, and I watched in awe, imagining it was headed my way and that if I just held my hand out, I’d be able to catch it and take it home.

It got larger—much too big to catch—and brighter. People began to shift, my mother and father included. A hum moved through the crowd, the tone different than the one from before. My father reached for me, pulling me from his shoulders as people began to move. Slowly at first, but then faster as the light grew closer and closer. My three-year-old mind registered what was happening, and I knew the crowd had begun to move, but I wasn’t paying attention to what they were doing. I was too focused on the light as it grew with each passing second.

It was coming our way.

Shouts erupted, and people began to run. I heard my mother scream, and my father’s grip tightened as he pressed me against his chest while panic surged around us like a swarm of desert bugs. Someone was crying, and there was shouting. People were pushing and shoving, but my father hadn’t moved. Not even when my mother yelled for him to go. Like me, he was transfixed, and in that moment, it felt as if we were the only two people in the city who truly understood that everything was about to change.

Then, with no warning at all, the light stopped.

It was close, just outside the city, and it was blinding now, bright with pulsing lights and energy that made the hairs on my arms stand on end. The crowd had begun to settle as they realized they weren’t about to be pounded into oblivion by a meteor, because this thing, this ball of light hanging over us, was no meteor at all. It was something else.

It began a slow descent, the glow it emitted dimming as it did until its shape finally came into view. It was oval and silver, smooth but with grooves that even my young brain could register were openings.

“Spaceship,” I said, pointing to the object as it hovered over the ground.

“Yes,” my dad replied, his voice full of awe.

The thing touched down, and beneath my father’s feet, the ground shuddered from the impact. Gasps of shock and panic rolled through the crowd, my mother’s cries joining them, but my father didn’t react. He held me, his arms around my small body and our cheeks nearly touching as we focused on the sight.

“Watch, Ava,” he whispered, just loud enough for me to hear. “What you’re seeing is a miracle. It’s going to change everything about your life, I promise. One day you’ll remember this moment and know this was the day your life started for real.”

I turned to look at him, taking in his expression of wonderment, a look that years later I’d treasure as the only time I truly got to see who my father was.

He tore his gaze from the spacecraft and focused on me. “Yes, baby. Yes. This moment is going to change everything.”

He had no idea how right he was.