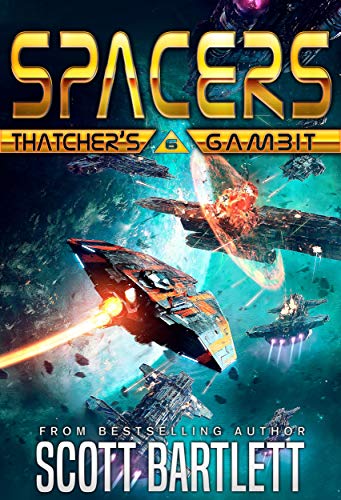 The fate of the star cluster

Captain Thatcher has survived the crucible of Lacuna Region and escaped to the Cluster's south, where he hopes to gather allies in the fight against Simon Moll.

Moll's betrayal has haunted him for months, and he lays the death of Veronica Rose directly at the man's feet. Thatcher will stop at nothing in his mission to avenge her.

But friends are hard to come by in this cutthroat Cluster, where allegiances shift like sand. Thatcher is quickly learning that in the final reckoning, he only has his own wits to rely on - and the strength of the starship crews under his command.

The time has come to deploy his riskiest gambit yet.