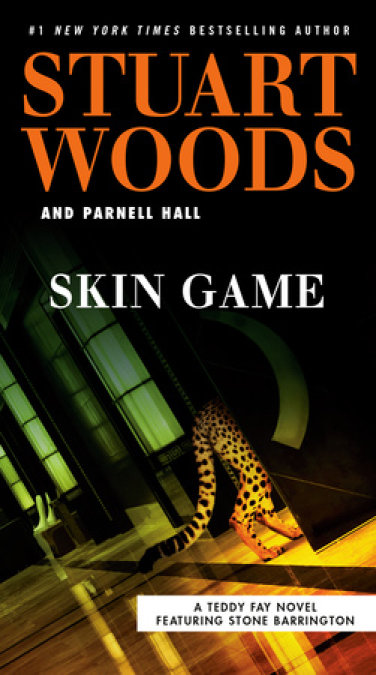 When Teddy Fay receives a freelance assignment from a gentleman he can't refuse, he jets off to Paris on the hunt for a treasonous criminal. But as Teddy unearths more information that just doesn't seem to connect, his straightforward mission becomes far bigger — and stranger — than he could imagine.

The trail of bread crumbs leads to secrets hidden within secrets, evildoers trading in money and power, and a global threat on an unprecedented scale. Under the beautiful veneer of the City of Lights, true villainy lurks in the shadows...and Teddy Fay alone can prevent the impending disaster. 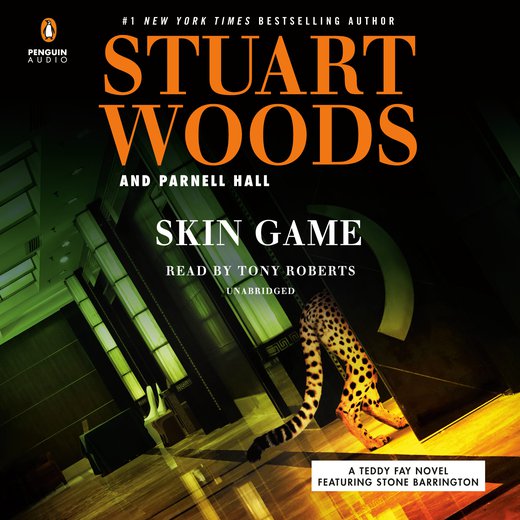 Teddy Fay finished his twenty laps in the terrace pool. He pulled himself out and sat on the deck, drinking in the morning sun.

His broken leg had nearly healed. Remarkable, considering the amount of stress he'd subjected it to before allowing it to be put in a cast. Or rather, put back in a cast. Extenuating circumstances had forced him to cut off the original cast in order to deal with a life-or-death situation. He'd been a good boy since, even followed his rehab regimen.

The fact that he liked swimming didn't hurt.

He got up, sat in a deck chair, and poured himself a cool glass of lemonade.

Teddy enjoyed the three-story split-level Hollywood house on Mullholland Drive that he'd purchased in the name of Billy Barnett. Teddy had three identities. That is . . . three current identities. In the course of his career, he had played many roles, occasionally more than one at a time, but they were usually temporary. As Billy Barnett, he had risen through the ranks from production assistant to producer at Centurion Studios. As Mark Weldon, he was a stuntman who had evolved into a character actor who specialized in playing villains.

As Teddy Fay, he was not known at all.

His cell phone rang. Teddy scooped it up. "Hello?"

"This is Lance Cabot."

Teddy nearly dropped the phone. Lance Cabot was the head of the CIA. Teddy had worked for Lance once, before going rogue and killing people who deserved to die. Lance had organized a global manhunt for him, but Teddy was so elusive they soon elevated him to the top of the Most Wanted list. When even a presidential pardon failed to cool the Agency's ardor, Teddy changed his name and dropped out of sight. He'd been rumored dead. Most agents subscribed to the rumor.

Teddy said, "Why would the head of the CIA be calling a Hollywood film producer?"

"I'm not calling you in your producer capacity."

"We have a problem in Paris."

"We have a mole. Which is ridiculous-there's nothing happening in Paris that would warrant an enemy power planting a mole at that branch. The Agency was tracking only one individual recently, a low-level Syrian agent named Hassan Hamui. Recently he suddenly dropped out of sight, as if he knew he was under surveillance: knew when, how, and by whom. That's why we think we have a mole."

"And you want someone to handle the situation? Well, I'm not the man you're looking for. I happen to know you went out of your way to try to kill him, so I'd hardly care to be that guy. But if you want me to apply my meager talents to the situation, perhaps we can work something out."

"Hardly. I can't be bought because I have all I need. I'm not above doing a favor for a friend, but you hardly fit into that category."

"What do you mean by that?"

"If I wanted to, finding and killing you wouldn't be hard. After all, I made this phone call."

"Not at all. I'm pointing it out as a token of friendship, since such things seem to matter."

"Go undercover, assume a new identity. I know you've played everybody from a bag lady to a bank president, but this might be sort of a stretch."

"I need you to leave at once."

"Are you picking me up here?"

"Will you fly me from New York?"

"It shouldn't look like we brought you in. Our mole would go on high alert. It has to appear as if you're emerging from deep cover. Whoever you wish to be will suddenly appear in our records as if he'd been there all the time. You get to pick your own legend. Once you do, you might let me know who you are."

"You're saying no one's running me. There's no one in charge of this mission I can contact."

"Would you listen to them if there were?"

"It doesn't matter, just so you have one. We have a leak. We don't know how high or low it goes, but we can't be telling people who might be the leak that we're looking for the leak."

"I have to create my own cover, fly myself in, and make up my own assignment?"