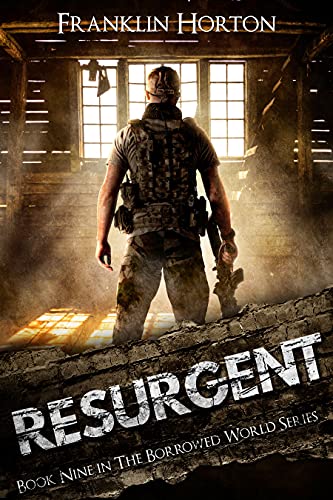 The fog of indecision has passed.
The struggle with guilt is over and the path forward is clear.
The Jim Powell who fought his way home in the days immediately after the disaster--who left a trail of blood and bodies across the state of Virginia--is back.

For a year now, Jim Powell has wrestled with his personal demons. As he watched people around him suffer and die, he harbored a secret guilt. He'd once wished for an event like the one America was now experiencing, dreaming of the great reset that would purge the nation of those who'd gone soft and weak.

As he discovered this past year, it was not only the weak that died, though. There was always collateral damage. Even the most prepared could die through random chance and bad luck. Each time a friend or loved one was lost, Jim felt a deep shame. Had his desire for a reset brought death and misery to his community? Had he manifested this?

Even if he couldn't accept blame for the state of the entire nation, there were other events that he was directly responsible for. He was prone to violent overreaction when he felt his freedom was being threatened. Unfortunately, his overreactions often made him and his family a target, such as when he destroyed a local power plant. In the aftermath, the government labeled him an insurgent and many in the community turned against him.

Hoping to keep his family safe, Jim faked his death and went into a period of self-exile. Traveling the mountains with his friend Lloyd, Jim got his head together. Now, he has a plan.

There will be no more living in the shadows and keeping a low profile. It's time to root out the people who threaten his family and attempt to turn his neighbors against him. This time he won't retaliate with words. Instead, he'll become the plague that scours his enemies from the face of the earth. He understands now that this is ultimately who he is and there is no option but to embrace it.

Please log in to recommend or discuss...
Franklin Horton