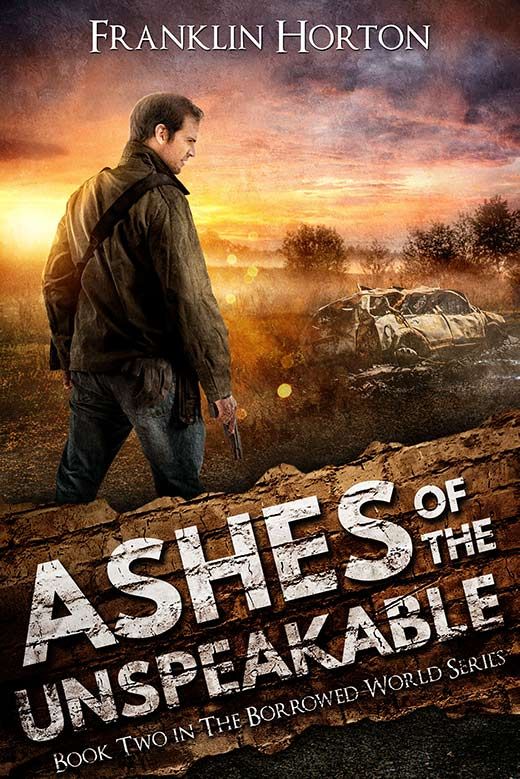 An ELECTRIFYING story of survival . . .In THE BORROWED WORLD, Franklin Horton showed us an America brought to its knees by a nationwide terror attack. The target? The American infrastructure.Cell phone connections were sporadic. Electrical power was failing. Mortar attacks on major fuel refineries had created a gas shortage, stranding travelers throughout the country. One of those stranded travelers, Jim Powell, and his group of coworkers were frantically trying to make their way home using the gear on their backs and whatever other means they found at their disposal. It was a journey wracked with violent, deadly encounters and exhausting physical demands, pushing each of them to the brink of their abilities. Meanwhile, on the other side of Virginia, Jim's family was facing their own struggle as desperate neighbors began to turn against each other with increasing brutality.In the second book in this series, ASHES OF THE UNSPEAKABLE, we find Jim and his group still struggling to reach home. While just a few days have passed since the initial attack, the group finds that their country is quickly descending into a vicious, chaotic landscape where nothing comes easy. While they fight to close the distance between them and their loved ones, they cannot avoid the steadily growing number of people who have realized that they can get away with whatever they want in a world where there are no longer any legal consequences for their actions.At home, Jim's family is basically forced into lockdown after a local jail discharges its starving inmates, leading to the arrival of new, extremely violent presence in their valley. The stranger sets his sights on driving other families from their homes and taking what they own. As Jim races home, his wife Ellen struggles to keep her family safe, while each night a neighbor’s home is burned to the ground.

Publisher: Horsemen Of The Apocalypse LLC

Please log in to recommend or discuss...
Franklin Horton