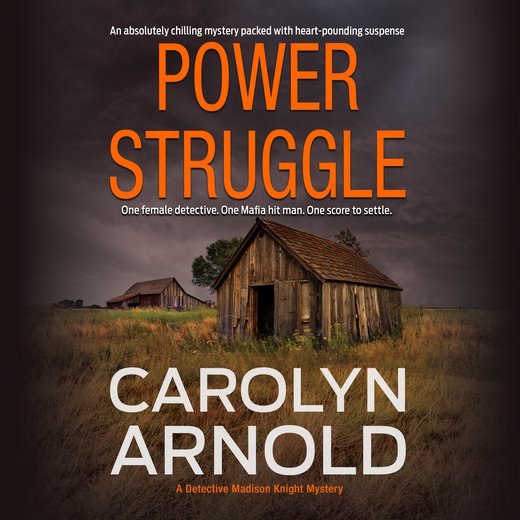 “Gritty and emotionally jagged… Power Struggle pours on the suspense as one twisted assassin plays hide-and-go-seek with a detective who refuses to give up.” –Tome Tender Book Blog

He led her into the barn and locked her in a small cage, and he left her there—alone—for now. But she had a feeling he’d return and when he did… She closed her eyes, not even wanting to think about could come next.

Detective Madison Knight is called to investigate the murder of a man who was stabbed multiple times and found in his home. Madison arrives on scene, but it isn’t the bloody mess that shakes her—it’s the victim’s identity. His name was Jimmy Bates, and he’s the man who killed her grandfather.

She struggles to remain objective, but she has a gut feeling Jimmy’s past connection to the Russian Mafia might have gotten him killed. It’s the motive that’s proving elusive to her. But when a woman—also connected with the mob—turns up murdered, a picture starts forming for Madison. If she’s right about why Jimmy and the woman were targeted, there’s something very dark and sinister going on in her city, and it puts Madison squarely in a killer’s crosshairs.

Her suspicions are given merit when Madison receives a letter threatening her and her loved ones, and the stakes only get higher when her sister, Chelsea, goes missing. Madison takes that for what it really means: the hit man who almost killed her months ago is back, and he’s calling her out for one final showdown. Only one of them will survive.