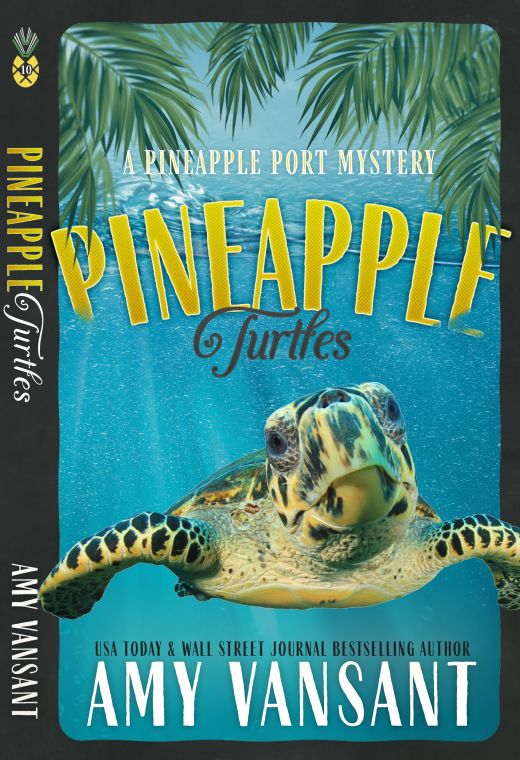 Newly-minted detective Charlotte Morgan discovers a mysterious box in her attic, the contents of which lead her to a hotel packed with strange characters and a link to her family's past. Trusting the crafty, Yorkie-toting manager will be as difficult as tracking down the woman who might be her missing aunt.Back in Charity, her boyfriend Declan gets tangled in a local tomato war as the locals band together to stop a corporation from destroying their fallen friend's field.

In addition, you'll meet some of the characters of Amy Vansant's much-anticipated NEW mystery series releasing soon! Get a sneak peek at another wacky, wonderful world of intrigue and unforgettable characters!

Pineapple Turtles is part of the Pineapple Port Series but can be enjoyed as a stand-alone. It's a do-not-miss novel for fans of Jana DeLeon, Janet Evanovich, Tim Dorsey, Joanna Fluke, Alan Bradley and, of course, Agatha Christie.