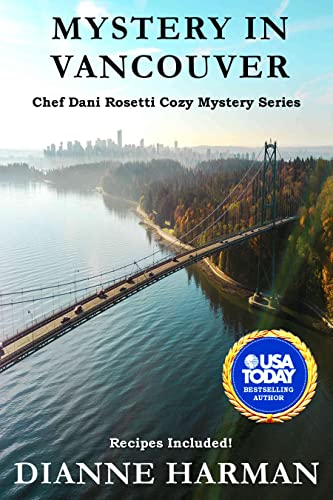 They were consumed with worries about aging.
They woke up terrified thinking of the future.
They worried about body scars.
They wanted to be successful.
And four of them were ready to murder for the product!

But this was not an ordinary product. It was a special skin cream made from a formula that had been passed down for generations in the family of the Academy Award winning movie star, Jeanine Bouchard. Jeanine was living testimony of the magic of the special skin cream she used to make her look much younger than she was. After all, she was in her late 40s and looked like she was still in her 20s.

Jeanine was the only person who knew the formula for the miracle skin cream that possessed such great aging and healing powers. The formula had never been written down, and since she was the last surviving family member, she knew if she didn’t do something, the formula would go to the grave with her. It was time to let others have access to this miracle cream.

Jeanine decided to host a dinner at a friend’s luxurious hotel in Vancouver, British Columbia, and Dani Rosetti, the celebrity chef, was hired to cater the event. The invited guests would be required to submit bids for the right to sell and distribute the special skin cream, with the proceeds of the winning bid to go to Jeanine’s favorite charity, a bid which was expected to be in the millions!

Revenge, love, hatred, and jealousy become powerful motives to attain something as highly coveted as the miracle skin cream. And yes, sometimes motives like that result in murder!

This is the 8th book in the Dani Rosetti Cozy Mystery Series by a USA Today Bestselling Author.
Read more

The invitations said that Jeanine Bouchard, the famous movie star, would speak to them tonight about the product they were bidding on to buy, but evidently she’d become ill. The announcement of who had won the right to sell the special skin cream that only Jeanine knew the formula of would take place at the breakfast that was planned for tomorrow. They’d searched every continent and tried every product on the market trying to duplicate the special cream, all to no avail, but finally, their tenacity was going to be rewarded.

Quite simply, they had to have the product and were willing to do whatever it took to get the formula for it, and if that involved the death of the famous movie star, so be it. They’d decided to go to her room and enter through the outside door to it which they’d seen on the floor plan map of the hotel. And Jeanine had mentioned in several interviews they’d seen in the last year, that whenever she stayed at her friend’s boutique hotel in Vancouver, British Columbia, she always stayed in the same room, because it had an outdoor entrance and she could come and go in privacy.

They planned on going to her room, forcing Jeanine to give them the formula for making the product, and then killing her. No one would ever know they’d even been in her room.

And killing Jeanine Bouchard would make everything so much easier, because the invitation had said that the person with the winning bid would win the rights to immediately put the product on the market, under whatever name they chose, but the formula and directions for the product’s preparation would remain with the manufacturer, Ray Johnson.

So, even if they had the winning bid, which of course they wouldn’t, because they’d deliberately low-balled the bid so no one would guess that they were the killer, they’d be the only one of the dinner attendees to know the formula.

Getting into Jeanine’s room was easy. Obviously, the boutique hotel had never thought a guest would be able to gain unauthorized access to another guest’s room. The hotel had spared nothing in the way of security with guards and cameras everywhere. What they hadn’t factored in was that someone would be astute enough to be able to hack their computer system and make the camera located just outside Jeanine’s room inoperable for half an hour, more than enough time to do what they needed to do.

They went outside the hotel after the dinner, as if they were simply walking off the rich meal they’d just been served. They went around to the back of the hotel and quietly entered her room through the outside entrance, using the master key card they’d been able to steal from the maid’s trolley. She’d left for the night, but her key card was still in a packet in her trolley.

When they stepped inside Jeanine’s suite, they looked around to make sure that a bodyguard or a nurse wasn’t with her, but they didn’t see or hear anything. Since it had been announced that she’d become ill, they’d been prepared for a nurse being in attendance, but fortunately there wasn’t one.

They listened for sounds, but they couldn’t even hear Jeanine breathing in the bedroom. They carefully walked over to the door leading to the bedroom and peeked inside to make sure no one was in there with her. The chair next to the bed was empty, and they saw Jeanine sleeping on one side of the large bed.

As they approached the bed, they had a sense that something was wrong. They hadn’t seen Jeanine move from the time they’d entered the room, and the more carefully they looked at her, they realized her chest wasn’t gently rising up and down as it should with each breath. They got very close to her, and that’s when they realized the reason her chest wasn’t moving was because she was dead. Someone had been there before them.

They hurried to the outside entrance door of her suite, opened it, and carefully looked both ways, then they stepped outside and casually walked around to the front of the hotel. They entered through the front entrance and smiled at the woman behind the reception desk as they walked toward the elevator. Their movements were slow and casual, as if an evening walk was a perfectly normal thing for one to do on a pleasant evening.

When they got inside their room, they felt physically sick as the realization hit them that they’d never get the formula for the product. It was rumored that Jeanine Bouchard was the only one who knew the formula, and she was dead. They wondered what would happen now? Had she given the formula to the man who was going to manufacture it, Raymond Johnson, or had it died with her?

As they stood with their back to their closed door trying to make sense of what they’d just seen, they realized they hadn’t noticed any blood on or around Jeanine. Had she been poisoned? How had she died? Should they kill Raymond, hoping he had the formula?

Breathe, they said to themselves. Breathe. It will all become clear soon enough.