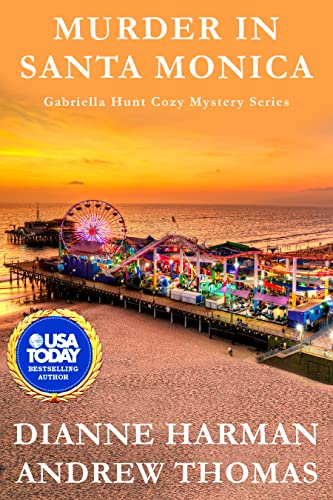 Why would the body of a dead truck driver who was drowned in Santa Monica, California, be found in a hotel parking lot in Coeur d’Alene, Idaho?

There doesn’t seem to be a rational reason for it, but Homicide Detectives Luke Falconer and Matt Greene have to find one. Since the hotel parking lot is attached to the York Minster Hotel, Gabriella Hunt’s new hotel, they enlist her help, but finding a nexus for her hotel, Medford, Oregon, and Santa Monica, California proves to be very difficult.

Throw in a suspected smuggling ring and a bar that’s cheating the IRS, and it’s no wonder the Feds have become involved and want Luke and Matt to drop the case. And what about the victim’s Russian wife who has an authentic Fabergé egg and a lot of other expensive items in her display cabinet? Her husband was a truck driver, so where did the money come from?

Lust, greed, love, and hatred are all on display in this fast-paced murder mystery. Each time you think you know who and why, there’s another twist. Join Luke, Matt, and Gabriella on a roller coaster ride as they try to make sense of it all. Good thing there’s Boris the Bulldog always waiting for them at the hotel when they return.

This is the third book in the Gabriella Hunt Cozy Mystery Series by a USA Today Bestselling Author.
Read more