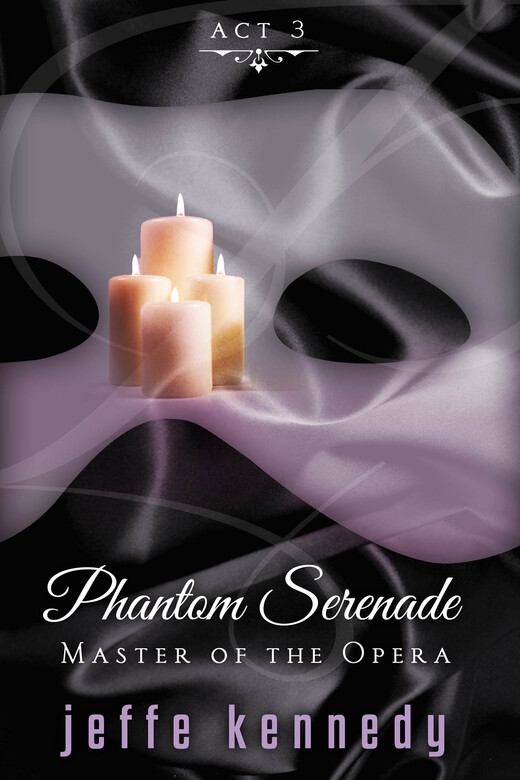 Roman met her outside, pushing past the patrol officers who had clearly been keeping him back.

“Christy! I was so afraid that . . .” He stopped himself and wrapped his arms hard around her, holding her tight and rocking. It felt oddly jarring after the ghost’s—the Master’s—powerful but gentle embrace. “Where were you?”

“Never mind. All that matters is that you’re safe.” Roman drew himself up and slung a protective arm around her waist. “Come on, sweet girl. Let me take you home. You can tell me all about it in the car.”

“I won’t hear of it. You’re pale and you’ve clearly had a bad scare. Let me take care of you.”

His insistence frightened her a little. The intensity of his eyes and the strength of his grip on her arm. Sanchez’s vague warnings echoed in her head, pissing her off. What business did he have, making her doubt her old friend?

“Okay.” She smiled at him. “Thank you.” And then he considerately turned off his usual blasting techno music and they rode in the car in blissful quiet.

Though it made the uneasiness stir again, she also didn’t argue when Roman brought her back to his place instead of her hotel room. Taking care of her seemed to make Roman happy, and it helped to be around him, a real human being she’d known nearly forever. And she did know him, despite Sanchez’s oily hints. Besides, she owed Roman for coming to her rescue yet again.

Especially because now, along with everything else, she felt guilty.

She imagined little green wisps of guilt-smoke wafting out of her ears, seeping from her pores as if she’d eaten too much garlic and wasn’t fit for romantic company. Roman had accepted her story at face value, sympathetic that she’d felt rattled at being left alone and had gone seeking Carla. If he’d too easily believed that she’d be dumb enough to get lost and then take a nap in the bowels of the opera house, that was her own fault for taking the bimbo defense. Playing dumb works until you get tired of everyone thinking you’re a waste of air, her father had reminded her the one or two times she’d tried that tactic with him.

One did not want Carlton Davis thinking you were a waste of air.

Roman’s place turned out to be a small mansion up Hyde Park Road. He excused it as modest—not like his folks’ place—but it clung to the hillside, a jeweled spider, multileveled with balconies and an infinity pool. All the brightly lit windows looked out over Santa Fe valley. The sunset views, no doubt, would be spectacular.

Christy stood in one of those windows, admiring the view, feeling more grounded all the time. The events of the night faded more with every passing moment. She could almost believe her own story—that she’d fallen asleep and dreamed it all.

“Not how I imagined you seeing my house for the first time,” Roman called from the open-area kitchen, where he was getting her a glass of wine. She became abruptly conscious of her grubbiness. Somehow she always felt underdressed around him. It wasn’t the money—she’d been around enough rich people to know plenty of them bought their clothes at Target.

She smiled over her shoulder. “It’s okay. I appreciate you giving me shelter.”

“I asked Gloria to start a bath for you in the guest suite.” Roman handed her a half glass of white wine. “I’m sure you’ll feel better after you’ve cleaned up.”

The wine tasted amazing, a soothing sweep through her bloodstream. It would have been really nice to have more than the child-sized portion he’d given her. She cast a rueful glance at her dusty sweatshirt. “I’d just have to put these back on—not much point.”

“I may have bought a few things I thought would look nice on you.” He smiled broadly when she protested. “Now, now—no complaints. I love to give you gifts. You might as well get used to it. The guest suite is down that way. Gloria is waiting for you. She has a robe you can put on, too.”

“I think that’s best—what your father would want me to do. You’re safe here with me, Christy, I want you to know that. I respect you as a woman. Don’t worry that I’ll take advantage. I want t. . .