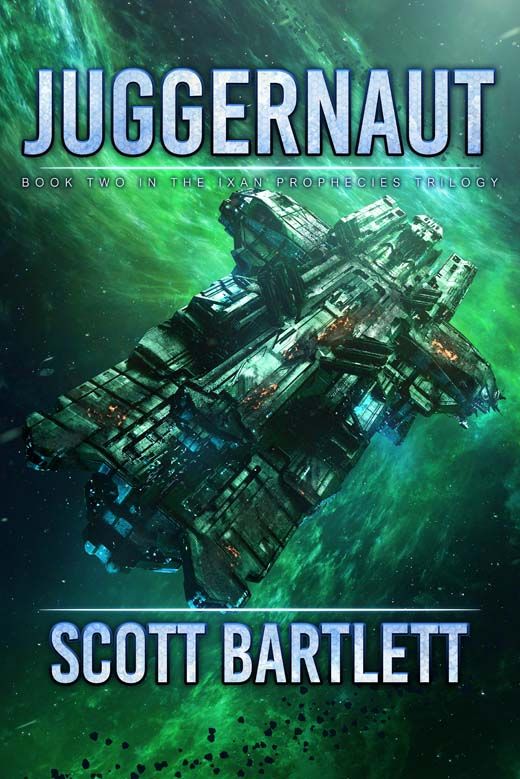 The galactic order is unravelingThe Ixan Prophecies are coming true……and the final prophecy predicts humanity’s downfall.Captain Keyes refuses to accept that. He’s managed to forge an uneasy alliance – at the cost of making some powerful enemies.As public panic mounts, the human government ignores the true threat, instead choosing to wage war against a species that was recently an ally.The real enemy is approaching. For Captain Keyes, there is only one real option:Never say die.Even if it means fighting fate itself.Download Juggernaut today and dive into the story readers are calling "an action-packed military thrill ride."