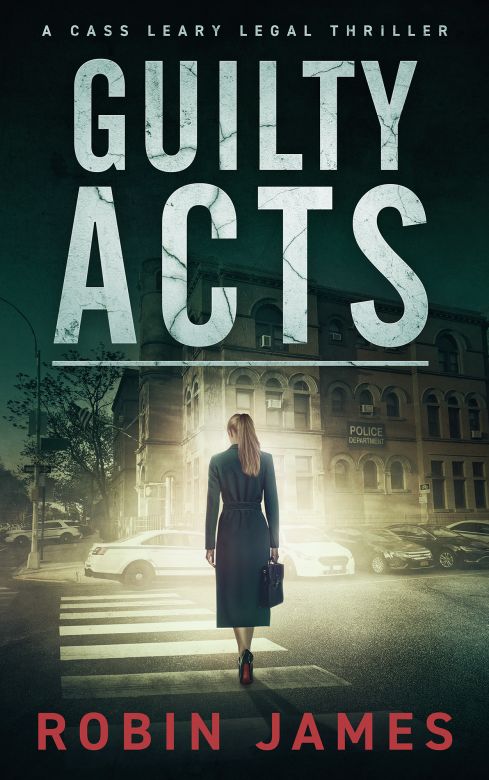 A murder committed in front of a million online viewers.

No one intervened.Desperate for fame and fortune, there’s never been a get-rich-quick scheme housewife Juliet Clay hasn’t chased. When she finally goes viral selling diet shakes, she figures all her dreams have come true. But when her husband ends up dead from poison, Juliet’s dreams become a nightmare and she’s the prime murder suspect.A sucker for lost causes, defense attorney Cass Leary takes the case to pay forward a favor she owes. Though Cass soon learns this case is more hopeless than most. Juliet made more enemies than friends in town and publicly threatened to kill her husband. Twice. The physical evidence draws a direct line to Juliet as well.All of Cass’s instincts tell her Juliet might be innocent. The woman is way too smart to act that guilty. Cass becomes convinced the police haven’t dug deep enough. But that alone won’t carry the day in court.Now it’s up to Cass to expose the truth and stand up to a killer. Even if it’s her next client… 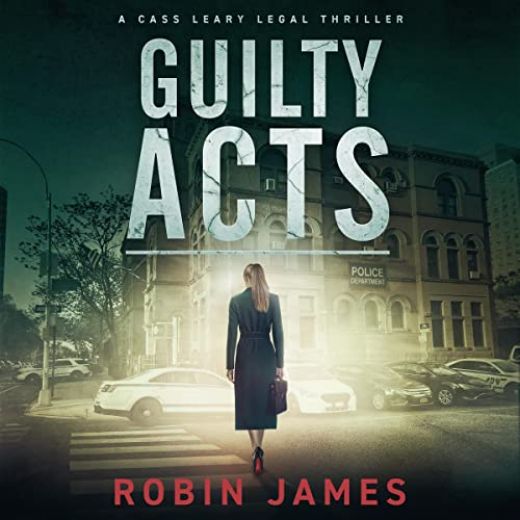 One look at Bryson Ballard and I knew why Jeanie called me in. Young. Skinny. Baggy jeans, a wrinkled tee shirt and shaggy black hair three weeks overgrown. Someone might have taken care of this kid once but they weren’t anymore.

He looked up when I entered Jeanie’s office, his blue eyes swollen from crying. He sniffled, sat up straighter, tried to cover for whatever had caused his breakdown. Jeanie was barely holding it together herself. At seventy-four, she was one of the pioneer female lawyers in Woodbridge County. She started her practice at a time when male judges thought it was okay to tell her how cute she looked in her little suits when she showed up for court.

A long time ago, a different boy just like Bryson sat in her office crying even bigger tears. My little brother. Matty. Her decision to fight for him and for all of us changed the course of my life. As I sat down in the chair next to Bryson Ballard, I knew Jeanie meant to change the course of his. And mine with it.

“Cass,” she said. “Bryson’s had a bit of a tough year. Kiddo? You think you’re up to telling Cass what you told me?”

Bryson ran his palm over his pant leg, then held it out to shake mine. I took it.

Bryson’s voice broke on the word dad. He’d used the past tense. Even if he hadn’t, this boy’s grief wrapped around him with weight, bending his spine, ravaging his voice.

“I’m sorry,” I said. Lord. He did look a heck of a lot like my little brother Matty. Like my older brother Joe, too. And he was alone. Just like we’d been after our mother died and my own father had disappeared. That was on his good days. On his bad ones, he was drunk and dangerous.

It was then I noticed the heavily creased piece of paper in front of him. He’d tried to smooth it out and laid it on Jeanie’s desk. A subpoena. Jeanie's expression told me that paper held the crux of this boy’s problem today. I reached over and picked it up and read the caption.

People of the State of Michigan versus Juliet Ballard Clay. His notice to appear was three months from now to testify at trial. I tried to keep my expression neutral as I read the signature on the bottom. This came from the prosecutor’s office.

He broke down again. Jeanie turned and opened the mini fridge she kept behind her desk. She pulled out a small bottled water and handed it to Bryson. He took it and thanked her. His hand shook as he unscrewed the cap.

Juliet Clay. Of course I recognized the name. I looked up and found Jeanie’s eyes again. She’d been in the news. Some kind of local TikTok star.

I plastered on a fake smile as Bryson turned his head. This felt like an ambush.

“I’m not your mother’s lawyer,” I said. “My understanding is she’s been assigned a public defender.”

“He sucks,” Bryson said. “Never returns her calls. He was supposed to get me out of this. How can they make me testify against my own mom?”

“Bryson,” Jeanie said. “Why don’t we handle one crisis at a time? If you’re serious about the other matter we discussed, I think I can help you. In the meantime though, do you have a place to stay tonight?”

Bryson nodded. He reached for a tissue on Jeanie’s desk.

He rose dutifully, like a soldier. I had to curl my fists at my sides to stem the urge to put an arm around him. He pulled his car keys out of his pocket. I would have guessed he was too young to drive.

“Thanks Mrs. Mills,” he said. Jeanie smiled rather than correct him on the Mrs. part. Gold help any man who tried to get Jeanie to change her name.

“I’ll call you tomorrow afternoon. Will you be home right after school?”

“Uh, yeah,” he said. “Three thirty should be good. I’ll get those documents together you asked for. If I can find them. They might still be at the house.”

“We can make arrangements to get them,” Jeanie said. “Don’t worry about that. I’ll figure out a solution if you hit a snag. And if you’d like me to go with you to your parents’ house, I can do that too.”

Bryson’s shoulders sagged with relief. “Yeah. Yeah. Maybe that would be a better idea.”

The boy pursed his lips and shook my hand once more before he left. I waited until I heard the front door quietly close before turning to Jeanie.

Jeanie looked over my shoulder and waved someone else in. Tori, our associate. Young. Pretty. Blonde. She had all the energy I had twenty years ago but had so far avoided my questionable life choices.

“Juliet Clay,” I said. “She’s been charged with first degree murder. Cops are saying she poisoned her husband?”

“Yep,” Jeanie answered. “Nathan Clay. Did you know him?”

“I knew of him,” I said. “Personal injury lawyer. We didn’t cross paths very much but he had a good reputation. I referred a couple of people to his firm.”

“What does the kid know?” I asked.

“We didn’t get into it,” she answered. “His more immediate problem is his living arrangement. Juliet, his mother, was Nathan’s second wife...Judge Castor denied her bail. She’s in the county jail for the duration. Bryson’s been staying with friends and neighbors but their good will is starting to run out. He turns seventeen in two months. I want to help him get emancipated before he ends up in foster care.”

“Non existent. His biological father hasn’t been around since he was a baby if ever. Nathan married his mom ten years ago. He was the only dad the kid’s ever known. If Juliet gets convicted, he’s gonna be on his own.”

“Is there money at least?” I asked. “I thought Nathan Clay had a healthy law practice.”

“It’s hard to say,” Tori said, taking the seat Bryson had vacated. “It’s not clear now how liquid he was. Everyone’s assuming money was a motive in his murder. Clay has...er...had a law partner. It’ll take some doing to untangle whatever there is and liquidate it.”

“What about this?” I asked. Bryson’s crumpled up subpoena still tattered on the edge of Jeanie’s desk.

“That,” she said. “The rumor is the kid’s the state’s star witness.”

“It wouldn’t hurt you to just poke around and see what kind of evidence they have against the woman.”

“Does Bryson think his mother is guilty?” I asked.

“I didn’t ask him that,” Jeanie said. “That’s beyond the purview of my representation.”

She had a wry smile. I shook my head. “No,” I said. “Juliet Clay already has a lawyer.”

“A court appointed one,” Jeanie said. “And one who apparently doesn’t answer her calls.”

“I don’t take court appointed cases anymore, remember? Plus, I told you. No more murder cases. Hell, that was your idea. A one year moratorium. By my calendar, I’ve got at least seven months to go.”

“Cass,” she said. “I’m just asking you to poke around a little. See what’s being done.”

I waved the subpoena at her. “The woman goes to trial in three months!”

“Oh you could get a continuance.”

“You’re a sucker for lost causes,” I said.

“Lucky for you!” she answered. It’s how she always answered.

“There’s no money,” I said. “Somebody has to keep you paid and the lights on, Jeanie. You too, Tori.”

“There’s an online fundraising page set up for Bryson. It’s pretty sizeable. The kid wants to hire someone else. He wants to hire you," Jeanie said.

It was quick and subtle, but the glance she exchanged with Tori told me these two had probably rehearsed this whole meeting.

“Just take a look,” Jeanie said. She had a folded piece of paper in her hand.  “That's all I ask.” She slid the paper closer to me. I had to catch it before it fell to the floor. I cocked my head sideways to read it. The moment I did, my pulse thrummed as I read the current balance of the fundraising page she mentioned.

"This should be for the kid's education, shouldn't it?" I asked.

"He's got a trust fund set up for that if I can get him access to it," Jeanie said. "What he wants is his mother to get a fair shake."

Jeanie tried to stifle her knowing smile a beat too slow. She knew what I’d say from the get go. So did Tori. This was enough money to pay Tori’s salary for a year and then some. Enough to tempt me out of my vow to stay away from murder trials for a while.

Both Jeanie and Tori started to beam. “A look!” I warned them. “No promises though. No amount of sad puppy eyes will help if I’m dealing with a guilty client.”

“I’ll bring you the worst of it,” Tori said. She started to walk out then paused.

Tori turned back to me but didn't answer.

"Well, the world kind of a little bit thinks Juliet Clay recorded herself giving the poison to her husband."