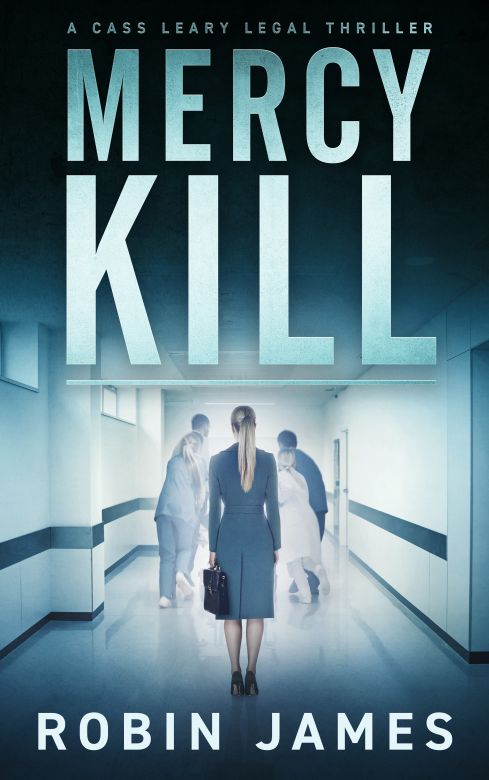 Cass Leary is a force in the courtroom. Determined to keep the innocent out of jail, the unyielding defense attorney dominates her opponents to balance the scales of justice. But in a terrible twist of fate, she’s forced to testify against the man she loves when he’s accused of killing his estranged wife.Vowing to exonerate Detective Wray, Cass despairs at the mounting pile of damning evidence and the prickling fear he may be guilty. And when she learns of a deadly jailhouse plot, she worries her failure to win his freedom will cost him his life.Will Cass’s investigation result in an acquittal or reveal a terrible truth?

People were starting to stare. I wasn’t one to care under normal circumstances. But everyone here knew me, and I’d had enough gossip aimed at me to last a lifetime. If that weren’t bad enough, my waiter kept refilling my water glass to the point I’d never make it the five miles back to the lake house without my bladder exploding.

“You’re sure I can’t get you started on some appetizers, ma’am?” he asked. He was a sweet kid. Fresh-faced, good posture. But if he stuck that carafe in my face one more time, he might have to wear the contents.

“It’s just, the kitchen is going to stop serving lunch in about twenty minutes. I’d be happy to put your order in if you think your friend will make it on time.”

“I’ll let you know soon,” I said. The kid finally took the hint and buggered off.

I picked up my phone and checked my texts for probably the tenth time. I’d only sent one asking what was up. For a second, I got the ominous three gray dots, but no answer in return.

Detective Eric Wray had never been late for anything as far as I could recall. This lunch date had also been his idea.

I jumped when my phone rang. I’ll admit. My heart sank a little when I saw the caller ID.

“Hey, Vangie,” I answered. My sister barked out a laugh on the other end.

“What’s the matter?” she asked, recognizing my tone even though I tried to feign brightness.

It seemed an odd question. I hadn’t even recalled telling Vangie I had lunch plans.

She got quiet. “Just, um. Just checking in.”

I smiled. “Nice try. Seriously. What’s going on? How do you know I’m at lunch?”

“I called your office. Miranda told me you’d be out for a while.”

“Still not buying it,” I said. “And you’re probably pulling at your hair right now. Admit it. Fess up. What do you know about my lunch plans?”

She sighed. “Fine. I just know Eric was planning on taking you out.”

“Well, then you know more than me. He’s not here. Stood me up.” I checked my smart watch. Quarter after one. I’d been sitting here noshing on crackers for almost an hour.

“Well, I’m sure he’s got a good reason,” Vangie said. Too light. Too breezy. What in the actual blazes was going on?

My younger brother had made a summer project out of getting my nine-year-old niece up on water skis. He had about three weeks left before school started.

“She got up for about five seconds,” Vangie said, laughing. “Then total wipeout.”

“Sorry I missed it. She okay?”

“Oh, she’s fine,” Vangie said. “I don’t think she’ll forgive Matty for a while. He’s trying to make it up to her by catching her a turtle.”

Suddenly, I regretted not just taking the whole week off myself. Mid-August, and it was the hottest week of the year so far.

“I’ll let you get back to your date,” Vangie said. “Why don’t you knock off early? You’re the boss, after all. Joe’s bringing Katie and Emma over later and grilling some brats.”

“I hate brats!” I heard Jessa shout from the background. I shared her sentiment. That said, the crackers weren’t cutting it.

“I’ll call you when I leave the office,” I said. “I need to handle a few things, then I think I will get out of Dodge.”

“Good call,” Vangie said. Then we clicked off. My waiter started circling again with a hopeful look on his face.

Enough was enough. I just hoped nothing dire happened in Delphi today. As the town’s senior homicide detective, there was really only one reason Eric would have stood me up without a word.

“I’ll tell you what.” I gestured to the waiter. “Put in an order for a club sandwich and some of those sweet potato fries. Actually, make it two. If my friend doesn’t show in the next five minutes, I’ll take his to go.”

Relieved, my waiter nodded. As he turned to scurry off to the kitchen, he walked straight into the more than six-foot wall of muscle that was Eric Wray.

“Whoa,” Eric said, putting his hands up. He was quick, grabbing the water carafe just in time before he wore it.

“Whatever the lady said,” Eric answered. “Never had a bad meal here.”

He sidestepped to let the kid past with the deftness of an athlete. Back in the day, he had been. Quarterback. Captain of the Fighting Shamrocks All-State football team. Then, he’d been just as fresh-faced as the waiter now rushing to get our order in before the kitchen closed. Now, Eric had deep lines at the corner of his eyes and a healthy peppering of gray at his temples. His steely blue eyes caught mine, and I knew my instincts were true.

“Do I want to know?” I asked. Eric usually made a point of not answering work calls when he was on vacation. A policy I’d helped him institute over the last year with the promise I’d do the same.

Eric sat across from me and reached for my hand. “I’m sorry,” he said, his voice coming out a little ragged. “I lost track of the time.” Hmm. I wasn’t sure I bought the explanation. His eyes kept darting toward the door.

“What? No. I just got caught up. Couldn’t get to my phone. I didn’t mean to keep you waiting. I feel like a jerk.”

I bit my lip past the next question I wanted to ask. But I wasn’t that girl. I wouldn’t nag. If Eric said something caught him up, then it caught him up. Still, a few of the other diners kept staring. They were waiting for some drama to play out.

He reached for the cracker basket. Finding it empty, his face reddened even more.

“You should have ordered. How late was I?”

“Forget it,” I said. It wasn’t like him to be this forgetful, if that’s all it was. “But are you sure nothing’s wrong? You have that look.”

His eyes flicked to me. “What look?” He said it oddly, almost rapid fire.

Finally, the hint of a grin. “That’s gotta be one hell of a look,” he said.

“Oh, it is,” I said. “It never works. I always know. See, I’m an empath. Which I thought made me an ultra-caring person. But it turns out it’s a trauma response.”

“Turns out?” Eric raised an amused brow. “You started seeing a shrink?”

“No,” I said as the waiter brought our lunch. “TikTok told me.”

Eric laughed. “TikTok. You’re one of those people now?”

“Apparently so,” I said, reaching for a fry.

“Well, warn me when you start doing those dances.”

My turn to laugh. “I’m not that kind of person.”

“You say that. I swear though, that app is turning people. Bunch of guys at work started posting their videos. People I’d never have expected.”

“Don’t knock it until you try it,” I said, glad that whatever bad news darkened Eric’s face seemed to have faded. Maybe I was just reading too much into a look. Only Vangie’s call nagged at me too. I’d never told her I was having lunch with Eric. But her call had seemed ... expectant somehow.

“I’m thinking of cutting out early,” I said. “Joe and the whole crowd are descending on the house later. There will be beer and brats. I think it’s time to introduce you to another Leary family lake tradition.”

“Oh?” He wiped a bit of mayonnaise from the corner of his mouth.

“On hot days like this, we take lawn chairs and just sit in the water where it’s shallow. My grandpa used to call it our white trash air conditioner.”

“You don’t even know. Joe perfected it. He’s got a floating cooler so nobody even has to get up to re-beer.”

“That is genius,” Eric said, then that dark look crossed his face once more. “Maybe next time though. There’s something I have to …”

He didn’t get to finish his sentence before his phone buzzed. Eric froze for a moment then slowly took the phone out of his pocket.

Ice ran through my veins as he answered. His face turned to stone. He was holding his breath as his caller spoke. I watched as Eric gripped his phone so tightly his knuckles actually turned white.

After a long moment, Eric pressed a trembling hand to his face. I reached for him.

Eric Wray was strong. Physically imposing. Stoic. But that afternoon at a table in the middle of Linda’s Diner on the east side of Delphi, he crumpled in front of me.

“Eric,” I said. He squeezed his eyes shut and said the only thing I’d heard since he told his caller hello.

He got up and had the presence of mind to throw two twenty-dollar bills on the table. I quickly gathered my things and went after him.

Eric stormed out of the restaurant with the force of a freight train. He pushed the exit door so hard I thought he might break the glass.

“Eric!” I shouted now that we were in the parking lot. He kept walking. Fumbling for his keys, he went to his car.

“Eric!” I forced myself in front of him. He curled his fists to his sides. I put my hands on his shoulders and peered into his face. He blinked fast, trying to push back tears.

The air went out of me too. I didn’t move, barely breathed as Eric went around me and got into his car. I was about to follow when my own phone started blowing up with text messages. This was Delphi, after all.

I looked up. A few diners were still staring at me from their window booths. They knew. Of course they knew.