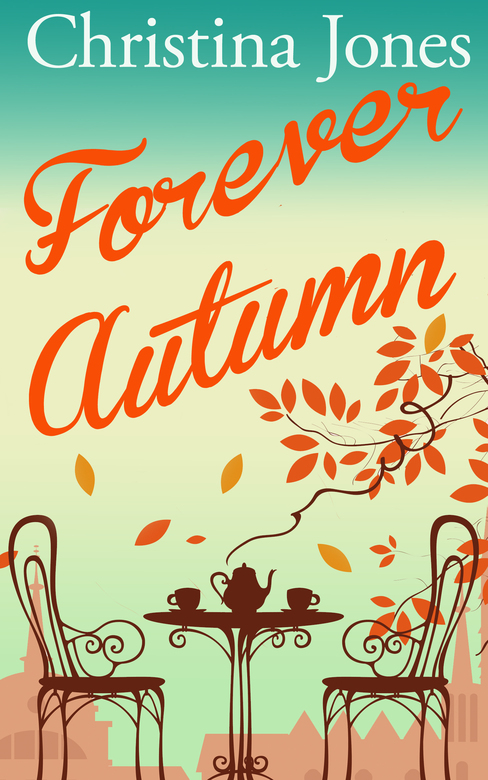 After a heartbreaking deception, Stephanie Gibson decides to move to the south coast and work as a nanny for the large and scatty Matthews family. They?re friendly and eccentric and Stephanie soon settles in. However, when she finds herself falling in love again, spectres from the past loom up. Has Stephanie made another mistake, and will she ever be able to trust anyone again?

The falling leaves swirled and tumbled – russet, ochre, amber, gold – mingling with the pale pastel paper petals of the confetti in a multi-coloured snowstorm. Beneath the overcast grey sky, the city church looked momentarily pretty. Shrugging deeper inside my jacket, I watched the top-hatted bridegroom and the bride with hair the same colour as the autumn leaves, pose for photographs before kissing one another and ducking, laughing, into their ribbon-bedecked limousine.

Then I turned and ran back quickly to the waiting taxi before anyone saw me and recognised me and thought me a sad voyeur.

The driver grinned over his shoulder as I closed the door. ‘Friends of yours?’

‘You could say that.’

He changed gear as the cab rejoined the traffic. ‘I’d have thought if they were real friends they’d have invited you. To the wedding.’

I sank back into my seat, delighted to be out of the chill September wind, and made myself return the grin. ‘Well, not so much friends now, as people I knew in my past.’

‘Get away with you!’ He was talking to me through the driving mirror as the taxi stop-started through the busy streets towards the railway station. ‘You’re far too young to have a past. What time’s your train?’

‘Plenty of time then – despite your chosen route being a bit higgledy-piggledy and the unscheduled stop.’ He tapped the rising meter. ‘Not that I’m complaining, of course. You didn’t plan the wedding detour by any chance, did you?’

Smiling, I shook my head and met his reversed stare with innocence. ‘No … no, it was totally coincidental.’

Then I leaned back in my seat again, and watched the familiar skyline crawl past. I’d lived in the suburbs of this Midlands city most of my life, and now I was leaving it forever. I smiled at the dramatic ring. Forever was a long, long time … Maybe not forever, then. After all, I was going to miss my parents very much, and although I’d made a lot of life-changes in the last few months, this one being the most radical, I’d still need to come home.

So, maybe one day, I’d return and pick up the threads of my old life … But not yet awhile. Not while I still felt such a fool.

I’d give it six months, I decided, sliding slightly on the leatherette upholstery as the taxi nipped round a corner. Six months at least before I came home. Six months in which time I’d have recovered the rest of my self-esteem, put the past behind me, and be able to hold my head high.

I closed my eyes and could see the bride and groom and the swirling leaves spinning faster and faster with the confetti snowstorm, and willed myself not to cry. I’d done all my crying ages ago. Well, most of it. The odd tear still somehow escaped when I least expected it. Hearing a piece of music, hearing a voice, catching a glimpse of a tall, fair-haired man striding through the city streets …

And now, of course, seeing them as man and wife … Naturally I’d known from mutual friends when the wedding was going to be, and where. Everyone had assumed I’d avoid it like the plague. But I had to be there, to see it, to lay the final ghosts – and then to get as far away as possible. I’d timed my leaving to perfection.

‘Wakey-wakey!’ the taxi driver called cheerfully over his shoulder. ‘Station coming up! You’ll have plenty of time to sleep on the train.’

I quickly opened my eyes, forced another jolly smile, and nodded as the spread of the railway station loomed into view. It honestly couldn’t come quickly enough for me.

The train was on time and thankfully not too crowded. I managed to find a window seat and several people helped me with my cases. Once everything was stowed in the luggage rack and under seats, I sat back and exhaled.

The railway journey to Bournemouth would take well over three hours, then there’d be a further taxi ride, so it would be dark when I finally arrived in Morton Hassocks. I liked the idea of that. Never having seen the village, it would give me something to look forward to in the morning, just in case this was, as everyone told me, the biggest mistake I’d ever made in my life.

I stared at my reflection in the streaky window as the train rattled away, heading south, leaving the grey windswept grimy streets of the Midlands city behind. My reflection, dark-eyed, pale-faced, too much unruly curly hair, stared confidently back. It would be all right – it would have to be all right. It was far too late to turn back now.

Richard and Lynne were husband and wife. My ex-fiancé and my ex-best-friend would live happily ever after. And me? I stared defiantly at my reflection as everyone around me settled down for the journey. I’d survive and find a new life and one day my heart would heal and the deception wouldn’t matter at all.

The taxi journey from Bournemouth station was much quieter than my earlier one. Apart from me saying ‘Hayfields Farm’, ‘Morton Hassocks’ and ‘please’, and the taxi driver saying ‘OK’ and ‘is this all your luggage?’, the rest of the twenty-minute trip took place in complete silence.

I stood outside the front door of Hayfields Farm, shivering in the darkness, watching as the taxi’s tail lights dwindled away round a bend in the road, and wanted to go home. It was obviously true what they said – the travelling is far better than the arriving. I’d had no doubts at all until now …

Everywhere was shadowy dark, the wind rattled through unseen trees, and somewhere in the distance there was an incessant muffled roar like motorway traffic. The farm house was a bit of a plus, though, being, as far as I could see, straight out of a picture book – all mellowed brick, and odd bits of added-on buildings, and an uneven roof sloping against the autumnal night sky. There were lights spilling liquid gold out of ne. . .