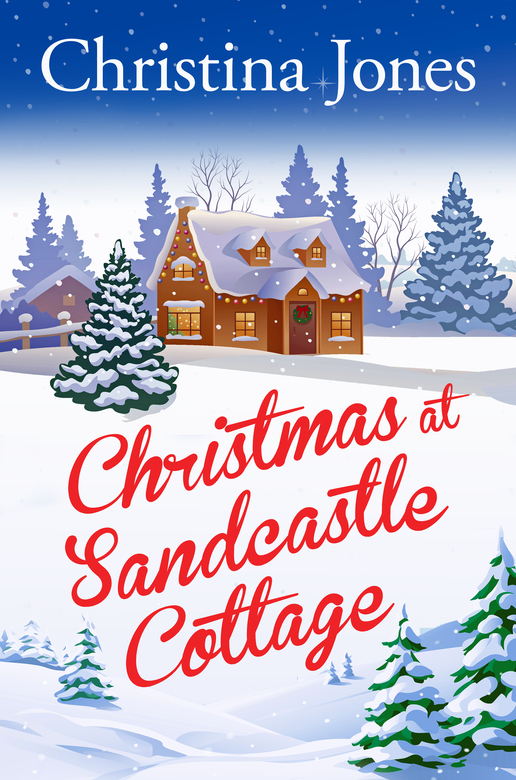 As with so many things in Kitty Appleby?s life, falling in love with Sandcastle Cottage, on a bitterly cold day was a monumental mistake. She hadn?t even needed to rent a cottage, or move to the seaside village of Firefly Common. Kitty had a home and a boyfriend and a job and a life in lively noisy bustling Reading. Or so she thought? But three weeks before Christmas, with the snow forecast to be thundering in from Siberia, Kitty suddenly had none of these things. Sandcastle Cottage was her only salvation. And as Kitty and her increasing band of waifs and strays moved dejectedly into the house in Firefly Common, she simply hoped someone had remembered to cancel Christmas?

Abandoned and unloved, the cottage garden was waist-high in dead grass, tangled weeds and a rotting mass of everyday detritus. In the fading light of another cold and wet late November afternoon, the cottage itself looked even more neglected than the garden.

‘Shall we go inside?’ The youthful estate agent asked brightly, jangling the keys and stamping his feet. ‘It’s a bit – um – chilly out here.’

Kitty nodded. Despite everyone saying she had more than a touch of Julia Roberts about her, she felt as drab and damp as the cottage, and was sadly aware that in this drizzly weather her almost-auburn hair would already have her looking like the frizzier half of Simon and Garfunkel.

Although, she thought miserably, goodness knows why she couldn’t just be honest. She should say that she was only killing time; that she really, really didn’t want to view Sandcastle Cottage. But the estate agent was so keen, and she’d clearly given him all the wrong signals. She groaned inwardly. At least inside the cottage it would be dry and out of the wind. And it would pass the time until her train was due to leave…

A quick look inside couldn’t hurt, could it?

She’d just let the poor estate agent – whose gelled-quiff was now sinking slowly southwards under a fresh onslaught of gusty rain – show her round the dilapidated cottage, then say thanks but no thanks and leave Firefly Common for ever.

Kitty rubbed her cold hands together and sighed. Like so much of her life, this was all such a hugely monumental mistake…

Ten hours earlier, Kitty had stepped from the train and onto a small wooden platform at the quaintly named Firefly Common Halt, almost looking forward to the day ahead. Well, as much as you could, or should, when the whole point of being there was to attend a memorial service for someone you’d once admired but hadn’t actually seen for over two decades.

Miss Bowler had been the inspirational English teacher at Kitty’s school. Kitty, and half a dozen other book-loving sixth formers, had become known as Miss B’s Girls. It was, of course, all far too Prime of Miss Jean Brodie for comfort, but they all blamed Amy for that. Even as the world had prepared to move into the 21st century, 18 year old Amy had worn plaits, was still all gung-ho and jolly hockey sticks, and probably reading Angela Brazil under the duvet.

And of course it was Amy who had arranged the reunions ever since: far-flung they may have been once their schooldays were over, but Amy made sure Miss B’s Girls kept in touch. So naturally, Amy had arranged for all Miss B’s Girls – girls who were now women in their thirties – to reunite in Firefly Common, the sleepy seaside village where Miss Bowler had apparently enjoyed many happy years of retirement.

Kitty had read the text twice, dithered for a moment about whether she should go or not, wondered if she had any decent going-out clothes left, then made up her mind.

‘You want to go to Firefly Common? Today?’ The man in the ticket office at Reading station frowned at Kitty before flicking through his screen. ‘Well, yes there is a halt there… not a proper station. Mind you, it’ll take a while to get there – good job you’ve made an early start. You’ll have to change at Newbury and take the stopper on the branch line and make sure you tell the guard – if there is one – where you’re getting off – oh, and sit in the middle carriage else you’ll run out of platform…’

Blimey, Kitty thought, pushing her fare under the bullet-proof-glass screen, this trip sounds fraught with problems and I haven’t even caught the train yet…

But miraculously the trip had been problem-free, and Kitty – dressed in an orange sweater-dress and brown knee-length boots under her parka, the sartorial best she could do under the circumstances – had arrived in Firefly Common, had found St Agatha’s church, and had met up with the rest of Miss B’s Girls just before 11 as instructed, all without mishap.

The service was a sweet and heartfelt celebration of life. Several distant relatives had said nice things, a few local friends had sniffled noisily into hankies, and various ex-pupils had read poems by Wordsworth and Keats, and suitable passages from Chaucer and Milton – although secretly Kitty felt Amy’s choice from Paradise Lost about descending into the fire and brimstone of the und. . .