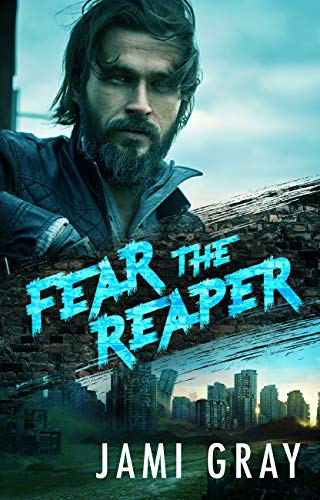 When the hunter becomes the hunted, it's time to reap what you sowed...

The world didn't end in fire and explosions, instead it collapsed slowly, like falling dominoes, an intensifying panic of disease, food shortages, wild weather and collapsing economies, until what remained of humanity battles for survival in a harsh new reality.

After vowing to never again put his life on the line for another's ambitions, Reaper, leader of Fate's Vultures, has earned himself a formidable reputation. Unfortunately, that reputation isn't enough to stop an old enemy from retaliating. With bounty hunters sniffing at their heels, Reaper vows retribution and takes the Vultures to the one person no one expects-Lilith, the woman he once loved.

As leader of the Rocky Mountain territory, Lilith has paid dearly for a position that kept her secrets safe. When a looming threat draws close, every devil's bargain she's made falls by the wayside and she is forced to partner with the man who walked away.

With no choice but to work together against a common enemy, Lilith and Reaper need to find their way through the minefield of past betrayals and broken promises to ensure a future for those they've sworn to protect ... before it all goes to hell.

****
Known as The Collapse, the ravaged aftermath of Mother Nature's fury colliding with man's merciless need for survival has left civilization teetering on the brink of disintegration. Decades beyond the first brutal years, there are those who believe there is a possible future worth fighting for, worth dying for. Betrayed but not broken, they hold to their code, one considered outdated and useless. Loyalty to each other, shields for those without, warriors born and bred.