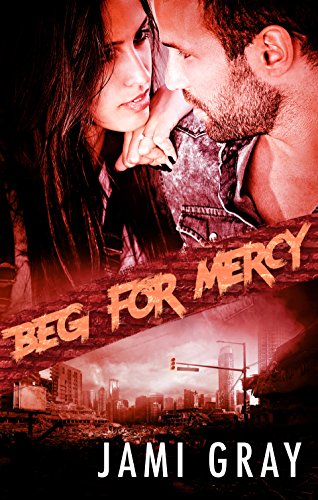 Choosing a side has never been so dangerous...

The world didn't end in fire and explosions, instead it collapsed slowly, like falling dominoes, an intensifying panic of disease, food shortages, wild weather and collapsing economies, until what remains of humanity battles for survival in a harsh new reality.

An assassin by trade, a loner by nature, Mercy is sent to infiltrate the Cartels and unmask the identity of their new silent partner. Instead, she discovers a darker plan threatening to crumble the entire Southwest and ends up with a hefty bounty on her head. Still, she's determined to stop the impending attack at any cost, even if it means partnering up with a member of the notorious Fate's Vultures.

After enduring a brutal, blood-soaked lesson on the savagery of civilisation's scavengers, Havoc is well acquainted with the consequences of battling predators. But as a member of the nomadic band of arbitrators known as Fate's Vultures, he's determined to cement the necessary alliances to oust the biggest threat looming on the horizon. When an enigmatic woman crosses his path, her secrets and troubling loyalty light the fuse on an unexpected craving and his insatiable curiosity.

In order to trap a common foe and derail an impending threat, Havoc and Mercy must turn the tables to hunt a predator. Can an assassin and a mercenary find their balance on the thin line of loyalty, or will it snap under the weight of their wary hearts?

Known as The Collapse, the ravaged aftermath of Mother Nature's fury colliding with man's merciless need for survival has left civilization teetering on the brink of disintegration. Decades beyond the first brutal years, there are those who believe there is a possible future worth fighting for, worth dying for. Betrayed but not broken, they hold to their code, one considered outdated and useless. Loyalty to each other, shields for those without, warriors born and bred.