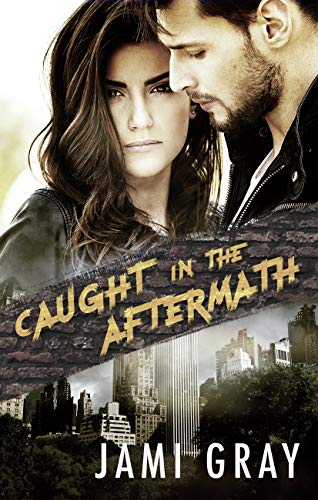 Caught in the Aftermath

Vengeance can leave you blind...

The world didn't end in fire and explosions, instead it collapsed slowly, like falling dominoes, an intensifying panic of disease, food shortages, wild weather and collapsing economies, until what remained of humanity battles for survival in a harsh new reality.

After surviving a brutal betrayal that left his world of secrets soaked in blood, Math must lead the handful of survivors on a mission of revenge. He's spent years on his enemy's trail, his focus crystal clear ... until his nemesis turns the tables by using one of Math's people as bait for an inevitable trap. To avoid becoming prey, Math must seek an alliance with Fate's Vultures, an enigmatic crew guaranteed to screw with his long-held rule-rely on no one.
A looming conflict poised to rock society's fragile peace forces Vex and her fellow Vultures into a treacherous game where every move could burn them. To make matters worse, someone near and dear is selling them out, making trust a commodity they can ill afford. When Math requests the Vultures' help, Vex alone seems worried the resulting fallout will leave a target squarely on the Vultures' back. Partnered with the lethally attractive assassin, Vex soon faces a greater problem than the rising passion between them-one that will test the bonds of blood and loyalty.

When all is said and done, will they survive vengeance's aftermath?

Known as The Collapse, the ravaged aftermath of Mother Nature's fury colliding with man's merciless need for survival has left civilization teetering on the brink of disintegration. Decades beyond the first brutal years, there are those who believe there is a possible future worth fighting for, worth dying for. Betrayed but not broken, they hold to their code, one considered outdated and useless. Loyalty to each other, shields for those without, warriors born and bred.