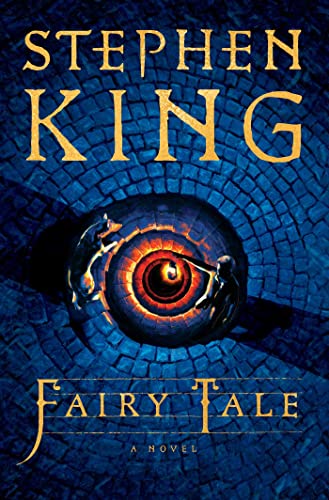 Legendary storyteller Stephen King goes into the deepest well of his imagination in this spellbinding novel about a seventeen-year-old boy who inherits the keys to a parallel world where good and evil are at war, and the stakes could not be higher—for that world or ours.

Charlie Reade looks like a regular high school kid, great at baseball and football, a decent student. But he carries a heavy load. His mom was killed in a hit-and-run accident when he was seven, and grief drove his dad to drink. Charlie learned how to take care of himself—and his dad. When Charlie is seventeen, he meets a dog named Radar and her aging master, Howard Bowditch, a recluse in a big house at the top of a big hill, with a locked shed in the backyard. Sometimes strange sounds emerge from it.

Charlie starts doing jobs for Mr. Bowditch and loses his heart to Radar. Then, when Bowditch dies, he leaves Charlie a cassette tape telling a story no one would believe. What Bowditch knows, and has kept secret all his long life, is that inside the shed is a portal to another world.

King’s storytelling in Fairy Tale soars. This is a magnificent and terrifying tale in which good is pitted against overwhelming evil, and a heroic boy—and his dog—must lead the battle.

Early in the Pandemic, King asked himself: “What could you write that would make you happy?”

“As if my imagination had been waiting for the question to be asked, I saw a vast deserted city—deserted but alive. I saw the empty streets, the haunted buildings, a gargoyle head lying overturned in the street. I saw smashed statues (of what I didn’t know, but I eventually found out). I saw a huge, sprawling palace with glass towers so high their tips pierced the clouds. Those images released the story I wanted to tell.” 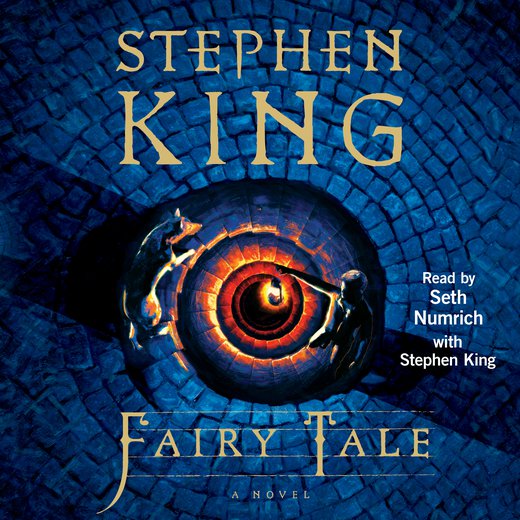 A hundred and eighty-five stone steps of varying heights, Mr. Bowditch said, and I counted them as I went down. I moved very slowly, with my back planted against the curving stone wall, facing the drop. The stones were rough and damp. I kept the flashlight trained on my feet. Varying heights. I didn't want to stumble. A stumble might be the end of me.

On number ninety, not quite halfway, I heard rustling beneath me. I debated shining my light toward the sound and almost decided not to. If I startled a colony of giant bats and they flew up all around me, I probably would fall.

That was good logic, but fear was stronger. I leaned out a bit from the wall, shone my light along the descending curve of the steps, and saw something black crouching two dozen steps below. When my light hit it, I had just enough time to see it was one of the jumbo roaches before it fled, scuttering into the black.

I took a few deep breaths, told myself I was all right, didn't believe it, and went on. It took nine or ten minutes to reach the bottom, because I was moving very slowly. It seemed even longer. Every now and then I looked up, and it wasn't particularly comforting to see the circle illuminated by the battery lights growing smaller and smaller. I was deep in the earth and going deeper.

I reached the bottom at the hundred and eighty-fifth step. The floor was packed earth, just as Mr. Bowditch had said, and there were a few blocks that had fallen from the wall, probably from the very top, where frost and thaw would have first loosened them and then squeezed them out. Mr. Bowditch had grabbed a crack in one of the spaces from which a block had fallen, and it had saved his life. The pile of fallen blocks was streaked with black stuff that I guessed was roach shit.

The corridor was there. I stepped over the blocks and into it. Mr. Bowditch had been right — it was so tall I didn't even think about ducking my head. Now I could hear more rustling up ahead and guessed they were the roosting bats Mr. Bowditch had warned me about. I don't like the idea of bats — they carry germs, sometimes rabies — but they don't give me the horrors as they did Mr. Bowditch. Going toward the sound of them, I was more curious than anything. Those short curving steps (of varying heights) ringing the drop had given me the fantods, but now I was on solid ground and that was a big improvement. Of course there were thousands of tons of rock and soil above me, but this corridor had been down here for a long time, and I didn't think it would pick this moment to collapse and bury me. Nor did I have to fear being buried alive; if the roof fell in, so to speak, I would be killed instantly.

Cheerful I was not, but my fear was being replaced — overshadowed, at least — by excitement. If Mr. Bowditch had been telling the truth, another world was waiting not far up ahead. Having come this far, I wanted to see it. Gold was the very least of it.

The dirt floor changed to stone. To cobblestones, in fact, like in old movies on TCM about London in the nineteenth century. Now the rustling was right over my head and I snapped off the light. Pitch darkness made me fearful all over again, but I did not want to find myself in a cloud of bats. For all I knew, they might be vampire bats. Unlikely in Illinois . . . except I wasn't really in Illinois anymore, was I?