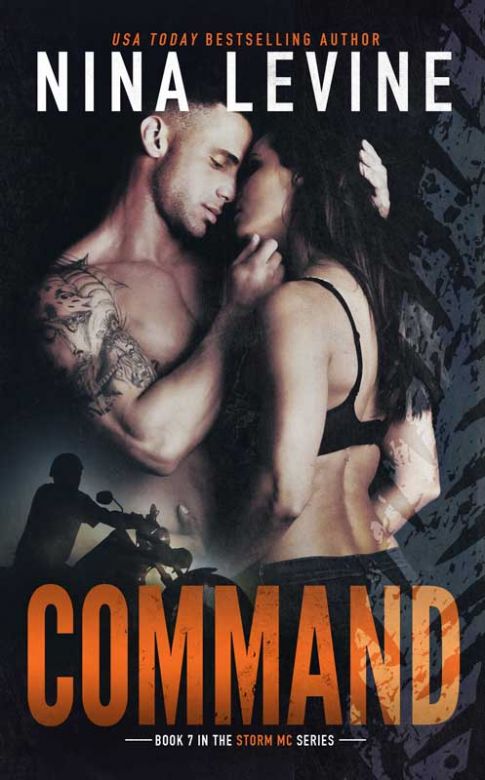 Just when I thought I couldn't possibly love the Storm MC family any more, Command comes along and makes me fall even deeper. Nina Levine has written a fantastic new addition to the series, tying up loose ends and giving some of the couples that extra push towards their happily ever afters.

The Storm MC is a club in crisis and their new President, Scott Cole, has declared war on their enemy. As Scott takes command, the MC is thrust into the biggest battle in their history – a battle to not only save the club, but the lives of its members.

Harlow James stands behind her man as he takes charge. She’s determined to prove she can be the woman he needs. However, somewhere along the way, she’s lost a piece of herself, and she fights to be strong for him when she feels anything but strong.

As the club descends into chaos, Scott and Harlow are pulled in opposite directions while they try to protect everything that is important to them. Their relationship is tested in ways it never has been, but they cling to the faith they have in each other.

Is faith enough to get you through when all appears to be lost? For Scott and Harlow, it may be the only thing that, in the end, will save them and the club.

This series is best read in order